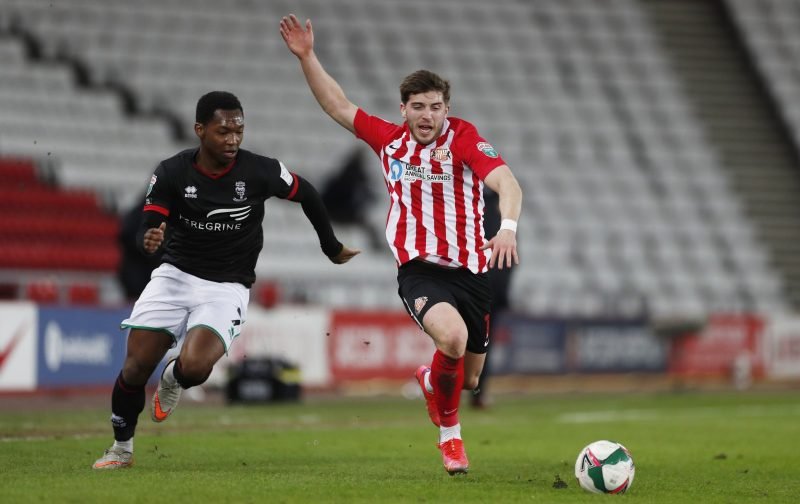 The Vital Lincoln City members’ voted for whom they believe was The Imps Man of The Match in their 1-1 draw away at Sunderland in the Semi-Final of the EFL Trophy, which they won 5-3 on penalties.

Views from Chesterimp: “Tough one but gone for Grant, who really looks an all-round central midfielder, capped with a superb pass to Bramall in the build-up to the goal.

Despite the result and the relative lack of outright chances, I thought the whole team played well. Edun had a fine game, robust in defence and clever getting forward. Hopper Hoppered (you know what I mean), Palmer and the defence were much more convincing than on Sunday, bar one period when we looked vulnerable on our left-wing and in which Sunderland scored. McGrandles, Scully and Johnson all had effective games in their own different ways, and Sanders looked highly promising in his hour and will hopefully be an important player over the rest of the season. Bramall’s cameo included some good runs forward and a great take and pass leading to the goal.”

You can discuss what has been said in this article HERE, as well as many other topics on our 100% Imps forum! We have also published a Lincoln City v Sunderland Quiz, which can be found just below the previous Man of The Match poll winners. Every page view helps raise money for Lincoln City Football Club!

sedgleyimp: “Toughie as everyone did fine without anyone standing out.

Gone for Sanders who looked very tidy and progressive in his 60 minutes. Always available for a pass and put himself about. Looks like an asset once he’s up to 90-minute fitness. Impressive start.”

berksimps: “Between Grant and Edun for me also. Went for Grant because it looked like they saw him as our playmaker and tried to tightly mark him. In spite of that, he made things happen.”

PerthImp: “Finally saw the game on iFollow. Really difficult to pick anyone out as they all put in a decent shift, but I’ve gone for Grant. He was constantly making himself available and probing to find a way through.”