Lincoln City 2-1 Wigan Athletic: Our Man of The Match 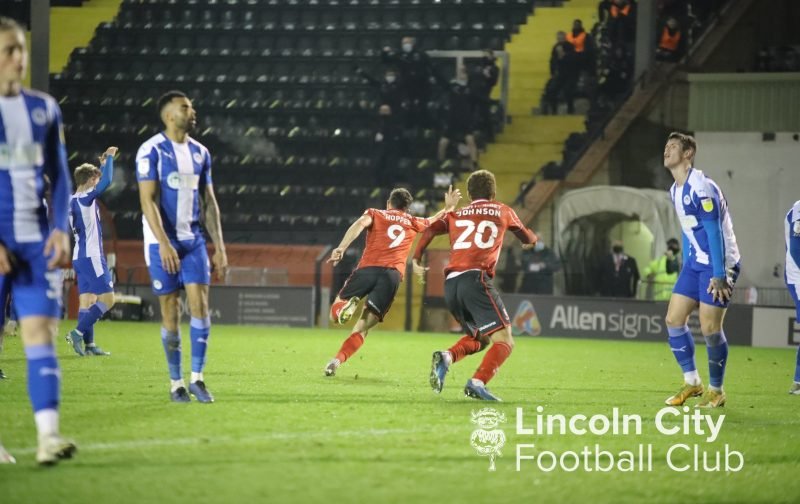 The Vital Lincoln City members’ voted for whom they believe was The Imps Man of The Match in their 2-1 win at home against Wigan Athletic in League One.

Views from Chesterimp: “Jones, phenomenal work-rate and really strived to get things moving. As has been pointed out on the match thread, also kept Grant out of trouble in the shove-fest (formerly known as ‘handbags’).

Running him close were Hopper, who worked hard for the team in a thankless, and by some posters unappreciated role, and capped it with a sublime striker’s goal for the winner, and Edun who while still occasionally defensively suspect was terrific getting forward all night.”

You can discuss what has been said in this article HERE, as well as many other topics on our 100% Imps forum! We have also published a Lincoln City v Wigan Athletic Quiz, which can be found just below the previous Man of The Match poll winners. Every page view helps raise money for Lincoln City Football Club!

syimp: “Thought Edun had a good 98 minutes. Don’t recall any fluffed passes, so gets my vote. Hopper did a sterling job and deserved his reward. A great strike from Jorge, but wasn’t great for the first 60 minutes. Harry is such a revelation this season; rarely makes a bad decision.”

sedgleyimp: “As per my comments on the match thread, gone for Jones. Hard-working all match at both ends of the pitch and earned a full extra point for dragging Grant away from that kerfuffle at the end when a second yellow could easily have been produced.”

German Imp: “Hopper is the workhorse both as a centre forward and in defence (when required) he took his goal well, pleased for him, a bit of a reward for the shift he puts in week in week out. Likewise, Grant although a little off tonight hit one hell of a free-kick. Having said all that the most consistent player throughout the evening in both halves was Edun. Yes, he got lucky with one or two stray passes but on the whole, I thought he was exceptional both going forward trying to make things happen as well as his defending.”