AFC Wimbledon 1-2 Lincoln City: Our Man of The Match 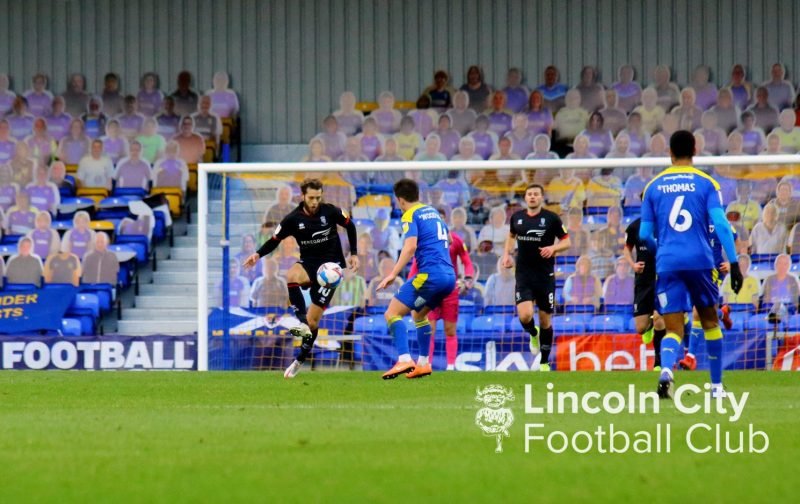 The Vital Lincoln City members’ voted for whom they believe was The Imps Man of The Match in their 2-1 win away at AFC Wimbledon in League One.

Views from Chesterimp: “Grant for me – not everything worked but he was at the heart of the game and great awareness for the lay-off for the winner.

Tayo runs close, great opening strike, good work getting forward throughout and defensively much better. Johnson was a threat every time with the ball at his feet and better decision making, but unnecessary booking and ran the risk of 2nd yellow thereafter.”

You can discuss what has been said in this article HERE, as well as many other topics on our 100% Imps forum! We have also published a Lincoln City v AFC Wimbledon Quiz, which can be found just below the previous Man of The Match poll winners. Every page view helps raise money for Lincoln City Football Club!

sedgleyimp: “A hard-working team performance without anyone being head and shoulders above the rest but gone for Tayo for that lovely early strike and generally a very good match.”

PerthImp: “Grant – he was superb throughout, always wanting the ball, making himself an outlet, holding the ball under pressure and setting up a few chances. A class above. Tayo had a great game and ran Jorge very close for the MoM. Great to see Bridcutt back again.”

hulloutpost: “Hopper for doing the hard miles in a tough, battling away fixture. I would like to see his touch map and heat map. Heading away corners, carrying the ball out from right back, running the channels and got in the box a bit more as well today I reckon; capped off with his goal.”