Plymouth Argyle 2-0 Lincoln City: Our Man of The Match 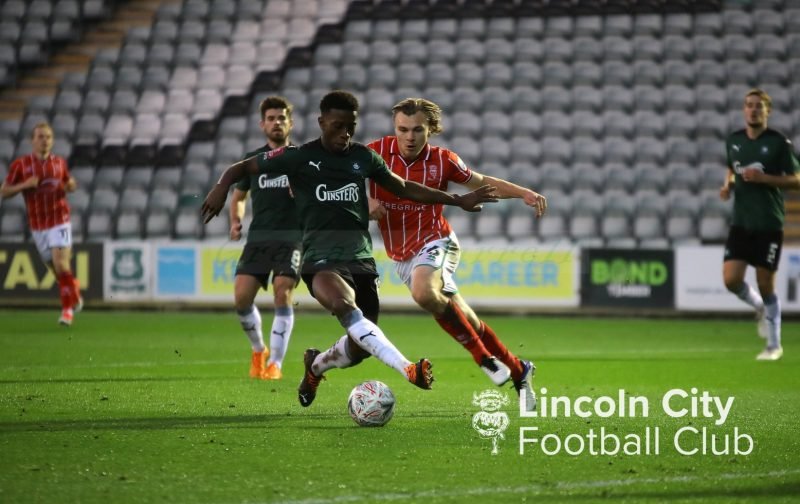 The Vital Lincoln City members’ voted for whom they believe was The Imps Man of The Match in their 2-0 defeat away at Plymouth Argyle in the Second Round of The FA Cup. On this occasion, it is a bit different. I don’t recall ever seeing three players receive the same amount of votes, resulting in it being level once the poll had closed!

Views from Chesterimp: “After the criticism, he’s received here and elsewhere, not always justified, I’m pleased to able to justifiably vote for Tayo. He did a reasonable job in midfield, then when moved to his ‘weaker’ position of left-back, showed in attack and defence why he’s a much better prospect there than Melbourne and deceptively strong for his size. Nearly lost it by losing possession right at the end.

Gotts had his best game but still some wayward crossing and poor corners. Harry Anderson led by example too.”

You can discuss what has been said in this article HERE, as well as many other topics on our 100% Imps forum! We have also published a Lincoln City v Plymouth Argyle Quiz, which can be found just below the previous Man of The Match poll winners. Every page view helps raise money for Lincoln City Football Club!

sedgleyimp: “Decent overall with most of the same kind of level.

Gone for Gotts though who I thought played very well today. Really impressed with that second half counter-attack from his header at the back post where he then flew forward to take the attack to them with Harry. Best game in an Imps shirt so far.”

German Imp: “More than a decent performance by Robbie Gotts today, his partnership with Harry Anderson seemed to work, especially first half, as he tried and tried to make things happen. I can see why Leeds rate him, his best display in a Lincoln shirt.”

syimp: “Gotts for me. Very busy game and always involved. It was a close run thing between him, Tayo and the relentless Harry. Yeah, his set-piece delivery wasn’t brilliant, but he still caught my eye for a lot of positive stuff.”