Lincoln City 1-2 Bristol Rovers: Our Man of The Match 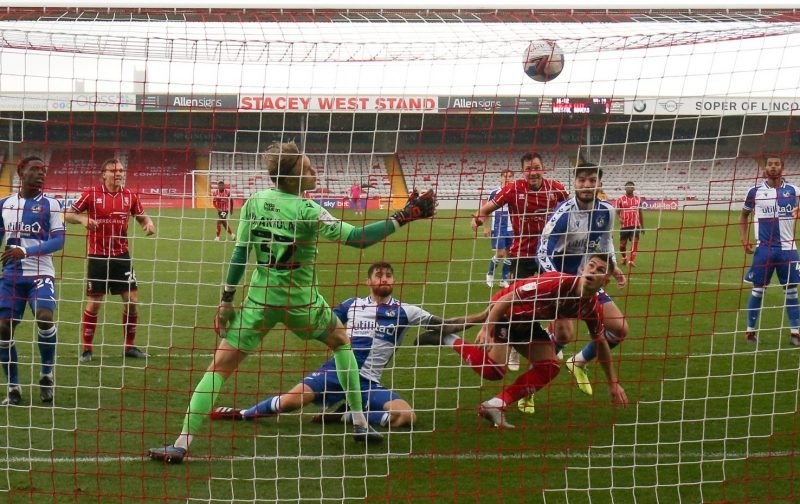 The Vital Lincoln City members’ voted for whom they believe was The Imps Man of The Match in their 2-1 defeat at home against Bristol Rovers in League One.

Views from PWould: “Not many in the field tonight. Eyoma for me which made it the more curious in my eyes that the big App took him off. Montsma and Bridcutt played OK but both had a tendency to rash tackles which played into Rovers clever game management. Grant was the most creative, but too many crosses were over or under hit from him. The rest were bang average, with two exceptions, Palmer did not do much wrong and was unlucky with the penalty. Tayo bless him, had an absolute mare and for most of the game just could not find a red shirt. He didn’t hide though but should have been pulled way before the end. Unusually, not Apps finest tactical master stokes and neither was Remy as the first sub. Archibald did make a difference but too little too late. Very frustrating afternoons viewing.”

sedgleyimp: “Quite a few below the high standards of this season so far. Gone for Montsma for the goal and effort including some good ball recovery when presented with the odd dodgy pass.”

Chesterimp: “Interesting how we see the same match differently – I thought TJ had a relatively poor game by his standards, not alone in that but I wasn’t entirely surprised by him being subbed. I didn’t think Tayo had as poor a game as many have suggested – his passing went into over-optimistic mode at times but he hit some gems amongst the misses and made some important tackles and interceptions. But 1st goal came on his side.”

Chimpimp: “Fairly obviously Jackson isn’t likely to be a candidate this week. But I thought we were reasonably good today and plenty of decent performances.

Steve Thompson keeps highlighting the odd naive bit of play from Montsma (and he’s right) but he is a real talent and had another good game today, so gone for him ahead of Bridcutt, Grant, McGrandles and Eyoma.”