Lincoln City 2-0 Plymouth Argyle: Our Man of The Match 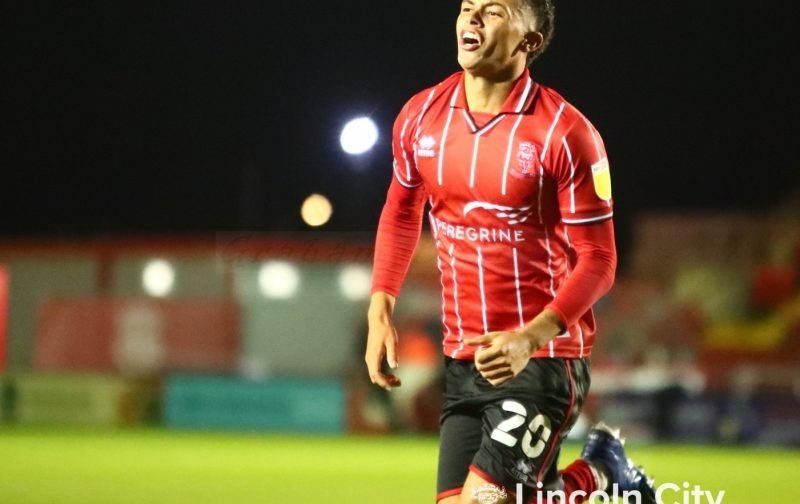 The Vital Lincoln City members’ voted for whom they believe was The Imps Man of The Match in their 2-0 win at home against Plymouth Argyle in League One.

Views from German Imp: “I too thought Roughan and TJ were outstanding. Likewise, Bridcutt with a composed assured performance always looking for the ball to get attacks started. Montsma’s defending and his long-range passing was also outstanding, what an unbelievable find. Grant as ever was influential as he is every game with a well-taken penalty. Johnson composed for the goal which he took very well to take the pressure off going into the final 20 minutes or so. It will also give him confidence going forward.

No right or wrong and all about opinions so on balance I think TJ will be hard to dislodge from the right-back berth and is my MoM.”

Chesterimp: “Another all-round team performance, Bridcutt calmly organised and orchestrated, Johnson terrified yet another defence and got his first goal, TJ was superb throughout.

Gone for Jones, worked his socks off but always to good effect, got forward well throughout and always looking to support the man in possession, the key to making 433 work.”

PerthImp: “Again a very difficult decision as this team plays as a team and supports each other through everything. One or two slightly below par but even they upped their game in the second half (McGrandles, Roughan). Gone for Johnson purely on the basis that he won the penalty, constantly caused Plymouth problems and then got the second goal which effectively sealed the game. Only just edged out Grant, Eyoma, Montsma and Palmer (so great to see a keeper dominate his area, talk to his defence, etc. You can see why he was a top keeper in L2 last year – oh yeah, for Plymouth Argyle – that must have upset them.”

syimp: “I voted Grant. Despite his tendency to overplay at times and showboat, he has become the linchpin of the team and is unrecognisable as the player who joined us.

Appleton has turned him into a fine all-round player, whose distribution, tracking back and defensive ability, in particular, make him stand out regularly.

The fact that you could pick Bridcutt, Jones, Montsma or Johnson as contenders shows how much we have evolved under Appleton.