Fleetwood Town 0-0 Lincoln City: Our Man of The Match 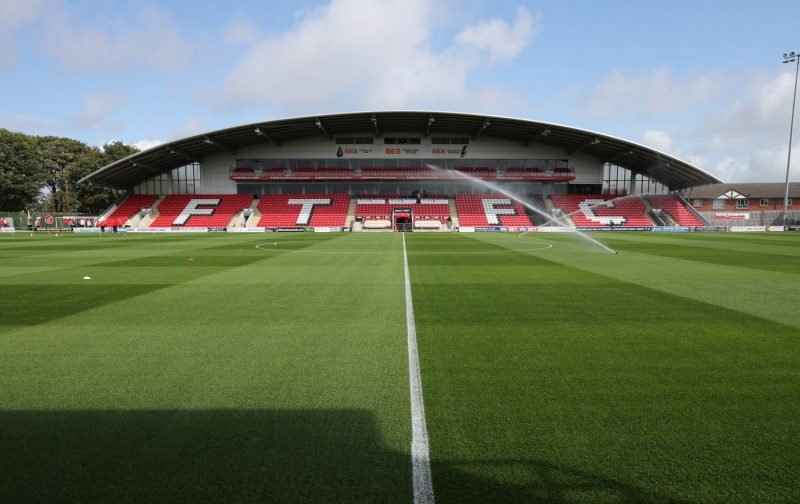 The Vital Lincoln City members’ voted for whom they believe was The Imps Man of The Match in their 0-0 draw away at Fleetwood Town in League One.

Views from sedgleyimp: “Another great team performance. Everyone did their job. Walsh looked rock solid at the back on his debut. Gone for Grant though. Most of our decisive attacking play was orchestrated by him. Some passes worked some didn’t but he was the one pulling those strings. What swung it though was that late challenge in our own area to get a dangerous ball away. Don’t think we’d have seen him doing that last season.”

Chesterimp: “It’s another one of them: a good team performance, several candidates.

Gone for Grant, not just for his creativity but his work rate and defensive contributions, not things you’d mention a year ago. Harry A had a good game, always lively getting forward on both flanks and also important defensive work near the end. Walsh needed 15 mins to settle, tired in the last 10 but was immaculate in between and another CB not scared to carry the ball beyond the halfway line.”

German Imp: “Another week of good performance levels throughout although not quite hitting the onion bag. Notable performances from Tayo and TJ and Joe Walsh who will be unlucky if dropped for Tuesday. Liam Bridcutt as always seems to put in a shift. Jorge Grant is my MoM everything seemed to go through him going forward, couple that with his defending when needed sums up his performance and skill. Seems to be Mr Consistant at the moment and a changed player from last season.”

Eweimps: “Great team performance so could have picked several players including Grant, TJ, Walsh, Palmer played well and saved us at the end but gone for H. Should have scored but so much energy from the first to the last minute and tracked back really well for his defensive duties.”