Lincoln City 1-0 Ipswich Town: Our Man of The Match 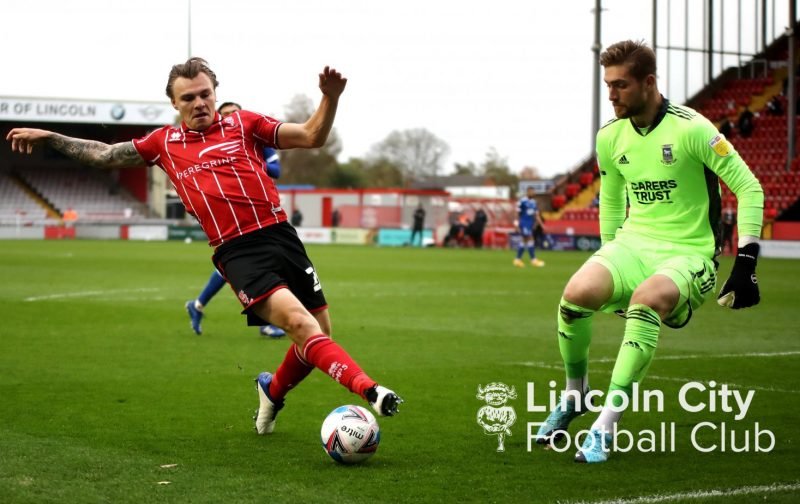 The Vital Lincoln City members’ voted for whom they believe was The Imps Man of The Match in their 1-0 win at home against Ipswich Town in League One.

Views from hulloutpost: “I think Harry might have this one. The best compliment I can give him is that rather than being a head down battering ram (a very effective one) he now has touches of footballing finesse around him.

From an early move, he took the ball in a tight space, used his strength and technique to hold off 2 or 3 opponents before creating a little space to move into, got his head up and played an intelligent attacking ball inside to a teammate. He couldn’t do that a year ago.”

You can discuss what has been said in this article HERE, as well as many other topics on our 100% Imps forum! We have also published a Lincoln City v Ipswich Town Quiz, which can be found near the bottom of the page. Every page view helps raise money for Lincoln City Football Club!

German Imp: “Thought McGrandles had a decent game to be fair, especially the clearance with the header off the line first half. TJ for that challenge and clearance in our box around 74 minutes. Indeed, the two fullbacks were both on the money today, confident, unflustered clearances that found a red and white shirt. Although Johnson won the penalty I do have concerns that he tends to fade in the last 15-20 minutes. Deserved MoM goes to Harry Anderson always a threat going forward but his defensive work is worthy of note tracking back, tackles and getting us out of danger. He’ll have tired legs tonight.”

WellingtonImp: “Such a hard-working team. I really begrudge giving a man of the match each game, as all have been a true team effort – with no weak links.

Today, Grant did well after been clattered in the first few minutes – and took penalty well. He and Anderson have been revelations this season. Over the full 90 minutes, was Grant edging Anderson for me… Just. Honourable mentions for Bridcutt, Jones, and TJ.”

Impish: “Think it was Harry for me. What typified his MOM performance was that right line late surge in such a difficult place by keeping hold of the ball and outmuscling the Ipswich players. That was before he was assaulted by Nolan. Thank goodness Harry didn’t look like he was badly injured.”