Lincoln City 6-2 Forest Green Rovers: Our Man of The Match 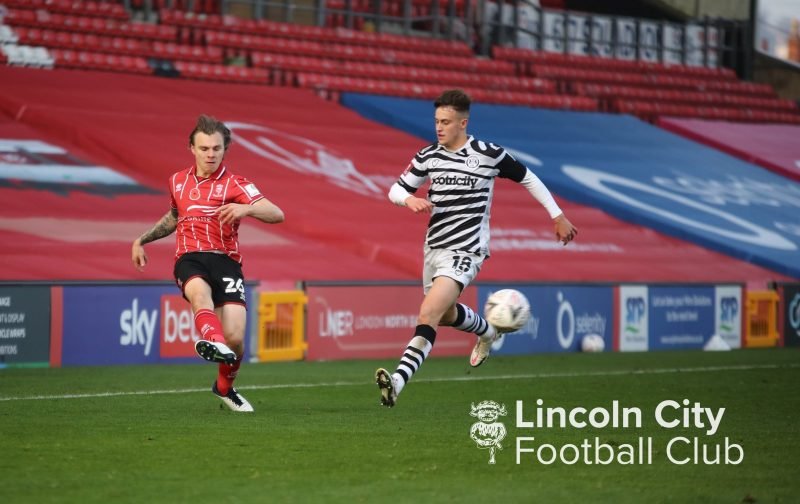 The Vital Lincoln City members’ voted for whom they believe was The Imps Man of The Match in their 6-2 win at home against Forest Green Rovers in the First Round of The FA Cup.

Views from GreenNeedle: “Grant is very impressive every game and it is a disappointment when he doesn’t have a blinder……..that is how far he has come since Appleton arrived that you expect perfection every game.

However……..Scully put in a great shift today and would have been my MOTM if not for……..

…………Anderson. A player I didn’t really rate that much until this season. He has always put his heart and soul in, has always given his all and always given the opposition nightmares but before this season he could disappear once opponents work him out and when they didn’t his end product, decision making or leaving the ball behind would let him down.

This season he has been a much-improved player and today was his best performance in an Imps shirt. If he played like he did today, every week, he would be good enough for a bottom end Premier League club and I daresay if we had Premier League Midfielders/attackers we would have hit double figures in terms of goals purely because of Anderson both in terms of delivery but also space he made by taking 2 players away each time.

A solid 10 from me for a player I expected to leave in the “exodus” and wouldn’t have really batted at an eyelid at him going.

So glad we kept him (at this point in time) and hope he continues his form. Not too much though or he will move on next season. lol.”

You can discuss what has been said in this article HERE, as well as many other topics on our 100% Imps forum! We have also published a Lincoln City v Forest Green Rovers Quiz, which can be found just below the previous Man of The Match poll winners. Every page view helps raise money for Lincoln City Football Club!

hulloutpost: “Scully – Got the full package today; up and down the pitch, scrapping, running with the ball, a couple of killer passes, won a penalty and two goals.”

syimp: “Scully for me. Has a similar engine to Harry, but was all over the pitch yesterday. Won the penalty, took his two goals well and, with a little more composure earlier, may have had a hat-trick. Shaded it over Harry, but not by much.

So many good performances from a much-changed largely second-string team.”

Impalex: “Has to be Harry Anderson, who was playing right-back, remember, followed very closely by Scully, Johnson and Grant. Superb performances from all four with excellent contributions from Archibald, Jones and Gotts.

I also thought rest of the defence didn’t look too out of place albeit with a couple of minor errors.”