Portsmouth 0-1 Lincoln City: Our Man of The Match 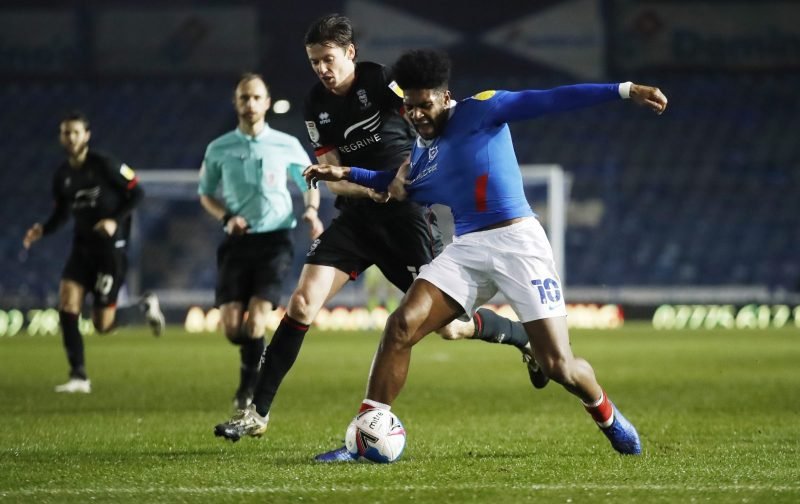 The Vital Lincoln City members’ voted for whom they believe was The Imps Man of The Match in their 1-0 win away at Portsmouth in League One.

Views from Chesterimp: “Yet another all-round team performance, the combination of skill and hard work is compelling and there are several MoM candidates, all the back 4 were superb, Hopper ploughed his furrow to great effect, the midfield worked like Trojans and performed their different roles to great effect.

In the end, also gone for McGrandles, has come back from injury/illness better than ever, that he figures more in the highlights indicates he was a frequent threat in the box and coolly set up Rogers for the goal. Then the goal-line clearance protected the win.”

You can discuss what has been said in this article HERE, as well as many other topics on our 100% Imps forum! We have also published a Lincoln City v Portsmouth Quiz, which can be found just below the previous Man of The Match poll winners. Every page view helps raise money for Lincoln City Football Club!

sedgleyimp: “Some good across the board but gone for McGrandles. Real energy throughout and is shown as the assist for the goal. I have just checked and it also seems that it was he who made the headed clearance off the line just after the goal. That kind of contribution got us the 3 points so he’s my shout.”

GreenNeedle: “Even the foul at the end was a good decision. If he hadn’t given away that free-kick, their livewire CF would have burst into the box and quite probably looked to get a pen. Hedged his bets, let them have a FK.

Before that McGrandles was popping up everywhere and playing some really nice passes when we were going forward.”

WellingtonImp: “Bridcutt and McGrandles were both excellent, as were the entire team. I have gone for Bridcutt. He’s been a little rusty, especially early in recent games, but he was on the money tonight with his own, and encouraging others, performance.”

hulloutpost: “Although McGrandles got my vote it’s nice to see both fullbacks being noted again; that’s an encouraging sign of consistency developing in those areas.

When you think how important Eardley and Toffolo were to the side, the value of their replacements performing well on a regular basis should be welcomed.”