Shrewsbury Town 1-4 Lincoln City: Our Man of The Match 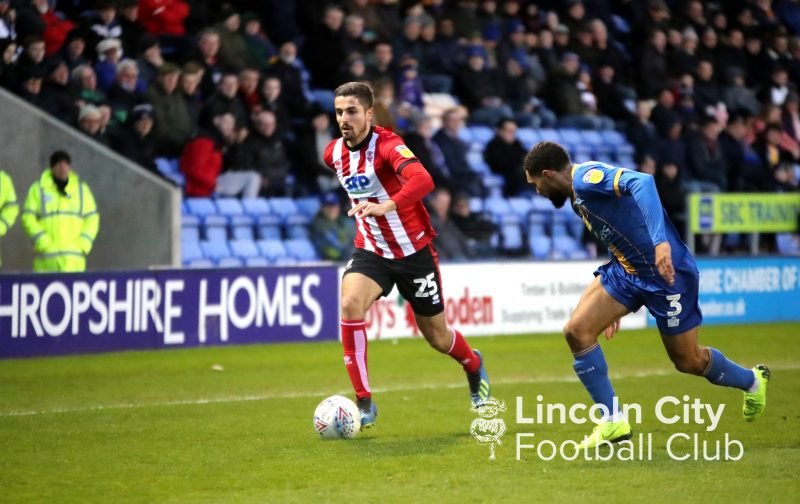 The Vital Lincoln City members’ voted for whom they believe was The Imps Man of The Match in their 4-1 win away at Shrewsbury Town in the Second Round of the EFL Trophy.

Views from Chesterimp: “At least half tonight’s side could be candidates, that quality of dominating football is the epitome of team football and they delivered as a collective. And that from ‘squad players’ (ie quality subs/replacements) and players out of position (ie versatile, Johnson comes out with huge credit from tonight.)

But Zach Elbouzedi gets my vote, he’s had a frustrating season with international absences and injury restricting his chances. The improved, physically robust version on display tonight was at times sensational – his ball-winning, run and pass for the first, bagged a goal for himself, terrified the Shrews every time he was on the ball. And he probably won’t start against them next Tuesday!”

syimp: “Zak. Pure pace, great pressing, not a little skill and a well-taken goal. On another day, it could have gone to Gotts, Eyoma, Scully or Howarth and all around the park, we were above average. Consummate team performance. A compliment to our outstanding coaching team.”

PlymouthImp: “I want to give mom to Elbouzedi but everything started from and went through Johnson. Centre mid showed another element to his game and I was purring over “that turn” like Mark Hone was. Johnson my man of the match.”

Eweimps: “Zak for me too, he won’t be far off a league start with a performance like that. Many other good candidates though, particularly Johnson and Scully, and Palmer didn’t have much to do but his handling was faultless.”