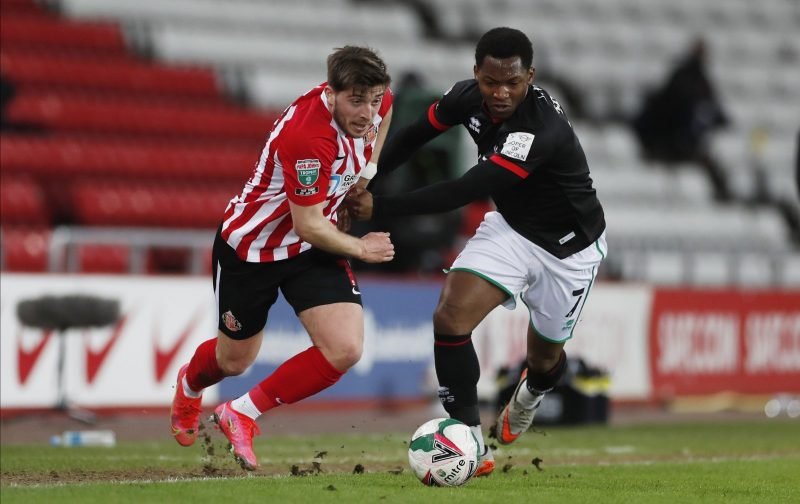 Views from Merthyr Imp following last night’s 1-1 draw away at Sunderland in the EFL Trophy, which they won 5-3 on penalties: “Well, we’re now free to concentrate on the league…

First half was generally a non-event but it could have gone either way after the break so a draw was just about a fair result.

I thought Sanders looked more use than Robbie Gotts but didn’t really fill the Bridcutt role although he seemed mostly to be the one dropping back when Grant went forward.

Grant was my man of the match, with good performances from Jackson and Edun – especially in the first half. After Bramall came on (and did a whole lot better than in his previous game) Edun rather faded out of the game after being moved to the left of the midfield three. I would guess him and Hopper being taken off were with an eye on Saturday’s game.”

sedgleyimp: “Very even game and if come away with a 1-1 in the league we’d be delighted.

Some positives with Sanders looking pretty decent and overall some cobwebs from Sunday blown away for Palmer and Bramall.

Concentrate on the league as they say.”

Brendan Bradley: “Well, as disappointing as it is to get knocked out we can hardly say we deserved to go through.

We played poorly in a pretty rotten game and Sunderland overall were a little better. Their makeshift defence was put under no pressure and for the first time this season, we looked out of gas and ideas in the last quarter, which is concerning.

We can only hope they use this to put things together in the next few league games.”

imps_joe: “Yeah I thought it was a pretty even game. The only real concern was how tired the players looked so early on and now with new injuries to Anderson and Walsh, we’re looking at a threadbare squad.

Had we not been to Wembley a couple of years ago I think I would have been more gutted, and more importantly we have the league to focus on. Also, a bit shit because no fans can go to the final which is the real stinker.”

Chesterimp: “After we scored there was a period of about 10 minutes when Sunderland started getting balls in from their right, a couple of near misses then the goal. Couldn’t get the ball for a while after that but still could/ should have nicked it at the end.

I thought there were plenty of positives from that display but we did look flat late on.

Shoot out is always a bit of a lottery.

Important to get a win on Saturday against a team who have just been battered, feels like we’re at a defining point of the season.”