“He ran the midfield against Posh.” 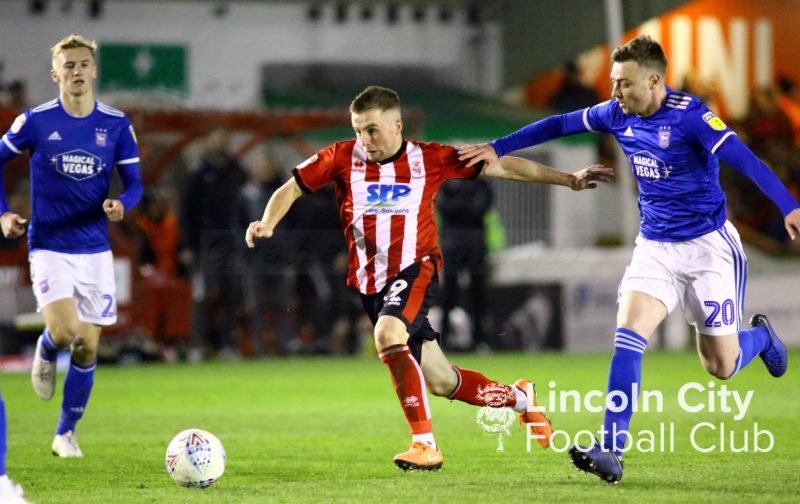 The Vital Lincoln City members’ voted for whom they believe was The Imps Man of The Match in their 2-1 win at home against Peterborough United in League One.

Views from German Imp: “As with the Ipswich game and the New Year curtain-raiser against Posh I have gone for Morrell. A fantastic stellar midfield performance in both games. He ran the midfield against Posh, putting in the hard yards whilst unlocking defences with a cute and confident midfield passing display.”

Chimpimp: “Good amount of candidates but Toffolo was really on top form today.

Energy and great attacking threat. Typified by running 80 yards in the first half to get on the end of Vickers clearance, to cross for Grant to guide the potential goal of the season, past the post.”

impsimps: “Morrell for me, defence spitting passes, surging forward runs, others did very well, Toffolo , Eardley, Bossi. Special mention to Akinde though, changed the game, gave them much more to think about, physical challenges, panic stations.”

johnolbe: “Honourable mentions to Bozzie and Toffolo but Morrell was the driving force and the MoM. He always looks to play forward, either a pass or a short, sharp driving run which in turn draws opposition players towards him making space for others and creating space. With Posh playing a tight midfield diamond the space was down the flanks and Morrell along with Grant switched play either side to cause constant problems for their defence and kept them on the back foot for the last 20 minutes.”

Dreaming of McAuley: “JM for me too, in a contested pack. I fully expected us to grind out a frustrating 1-1 with the man advantage but he (along with the rest of the midfield and attack) really drove us forward to grab a winner.”

MaineRoad_96: “I don’t want to venture into hyperbole but Morrell is probably the best central midfielder I’ve seen in an Imps shirt.”