“It was a great team performance and I could not see one weak link.” 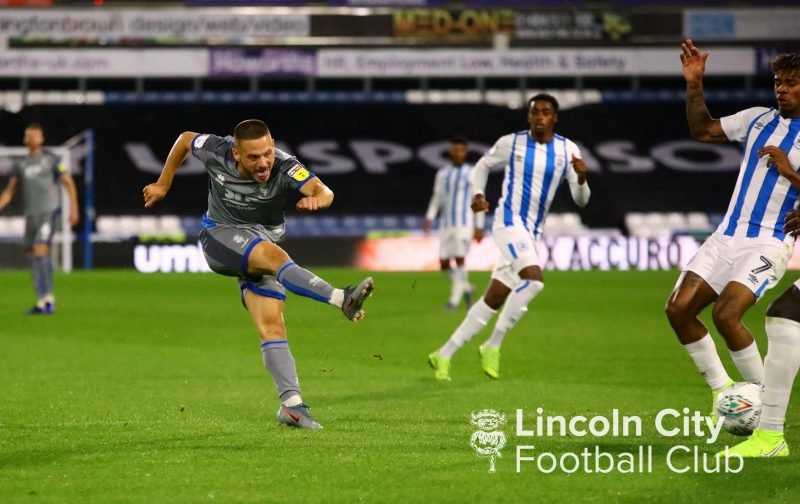 The Vital Lincoln City members’ voted for whom they believe was The Imps Man of The Match in their 1-0 win away at Huddersfield Town in the First Round of the Carabao Cup.

Views from PWould: “It was a great team performance and I could not see one weak link. Smith was assured in goal and Lewis was composed on the ball on debut and did not look overawed. Bolger deserves a special mention as he is not the same player I saw last season, giving the ball away. I coined him the new Natt Brown but now see the error of my ways. Morrell is top drawer and Ellis also put in a good shift. Toffs and Bossie were, well just Toffs and Bostwick.

Bruno and Big John both stopped sulking and terrorised the Terriers defence.

Harry gave the fullback kittens, however there was only one winner for me, stand up Jack Payne. I will even forgive the goal line calamity because he is such a special player. We could then bring on the qualities of Eardley, O Connor and Walker.

We seem to be managing to ally all our usual will not be beaten over my dead body qualities and work rate, with new silky midfield interplay and pass and move play. It is a potentially intoxicating brew.”

Riiiiik: “Harry A was all over them, they couldn’t handle him.

Bruno – I kept thinking the Town fans in the first half must be wondering who the hell this kid is who keeps ghosting past their wingers.
However, for a host of fine saves at the end of both halves. Especially against their ex-Premier League stars in the 2nd, I’m going for Grant Smith.”

Rasenimp: “I’m on Anderson just narrowly from Smith. I thought Smith was fantastic and made some saves but I thought most of them you’d maybe expect your keeper to make (it’s just that there were quite a few of them!)

The most impressive thing for me was Anderson’s touch. Plucked quite a few things out the air and that wasn’t an easy finish at all. Throw in that he runs himself into the ground and can beat the fullback and you’ve got a really good player!!”

Casperimp: “This is really really difficult yet again! Tbh you could name the whole team, they all put a shift in! To see Akinde putting in a slide tackle that set up the cross for Toffolo and the first goal epitomised the way that Lincoln City increasingly play under the Cowleys. Honestly, can anybody remember a more committed and skilful team as a combination in their City supporting days because I can’t!

It’s a heady mixture that makes you proud to call yourself a Lincoln City fan and how good does that feel?

For me I would have to give it to Jack Payne and that despite possibly the miss of the season but then again that sums up what we are as a team, bloody marvellous!!”