“Bruno the stand out on TV, almost matched them, what a sweet finish for his goal.” 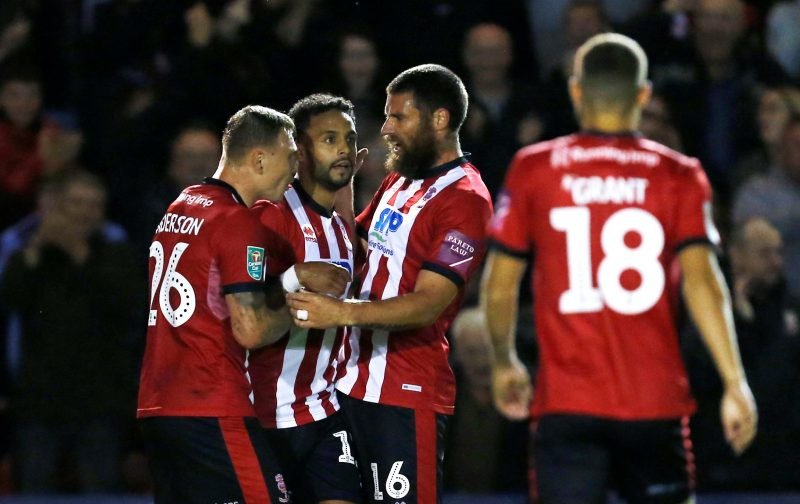 The Vital Lincoln City members’ voted for whom they believe was The Imps Man of The Match in their 4-2 defeat at home against Premier League side Everton in the Second Round of the Carabao Cup.

berksimps: “Bruno the stand out on TV, almost matched them, what a sweet finish for his goal. Gave us hope and did no harm to his valuation.

PerthImp: “I’ve gone for Aaron Lewis. Only his second game and to be up against a full Prem side he clearly wasn’t out of his depth and got stronger as the game went on. That run that set up Andrade’s goal was terrific and he put in one or two stonking tackles, especially the one on Richarlison.”

Snats: “Everton fans can go to Anfield, the Etihad and Old Trafford this season and they won’t see a better goal than Andrade’s volley last night. He was a man on a mission for the whole game.

I will say, though, that Jack Payne was a very close second. I think he’ll be our player of the season by a mile if he stays fit.”

sedgleyimp: “Lots of good performances but I’ve gone for Akinde who was a menace to their defenders all night. Won so many headers last night and put himself about constantly. Keane and Holgate had a difficult evening keeping him in check.”

Chimpimp: “Anderson – Started the game in amazing style with a classy finish any of those in blue would have been proud of…and 90 minutes later was still running as hard as he was in the first minute… with much good work in between.”

"Bruno the stand out on TV, almost matched them, what a sweet finish for his goal.":https://t.co/QJakrLddKV#ImpsAsOne #EFC #EvertonFC