“He showed pace, great positioning and an ability to put in a decent cross.” 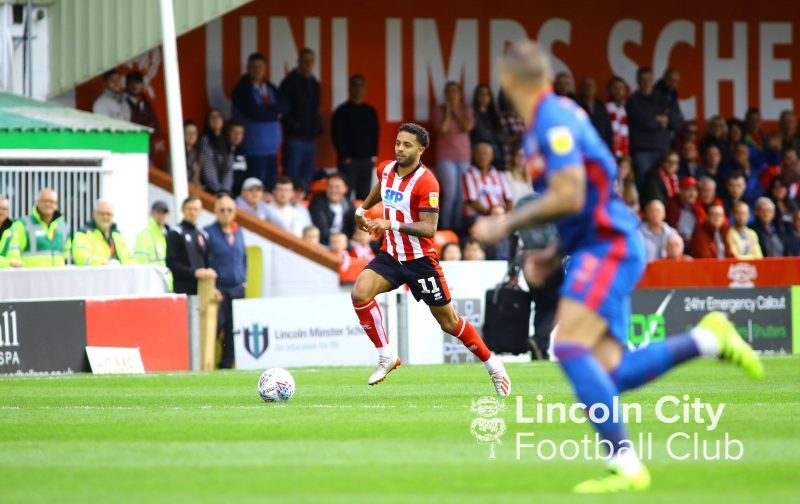 The Vital Lincoln City members’ voted for whom they believe was The Imps Man of The Match in their 2-0 win at home against Sunderland in Sky Bet League One.

Views from berksimps: “One of the finest displays from a City wide man that has been witnessed in the last few years. His belief and confidence had returned big time, and did he exploit their defensive frailties? He showed pace, great positioning and an ability to put in a decent cross; not only that he came back, defended and blocked. That was an awesome display Bruno, well done.”

Huntsward: “There were some excellent performances all round today but Bruno was on another level. I’m very happy he’s proven my claim a few weeks ago that he doesn’t seem to perform without Toffolo to be utter tripe. He’s always had great potential but today he delivered on that and some.”

sedgleyimp: “Every player deserves a nod today as it was a great team performance. I’ve gone for Payne just over Andrade as I thought that today was Jack’s best in a City shirt. He was everywhere from the 1st minute to the 95th and his ball to Bruno which led to the penalty was world-class and worth admission on its own.”

syimp: “Bruno, hands down. For the first time since MK last season that he looked like beating his man every time he had the ball. Sunderland recognised the danger by chopping him down in the first half, but as the game stretched in the second half, he had a field day. The second goal, he presented on a plate to Tyler. Also proves that if Walker gets the right service, he will score.”

Rob the Imp: “Bruno wins it for me; they just couldn’t handle him today, and boy he made the most of it. Good on you, lad. Also thought Walker, O’Connor and Payne were particularly excellent today – that said, everybody played well today. It was a real pleasure to watch much of our link-up play today.”

UnbelievableJeff: “Without a shadow of a doubt, Andrade. Confined to the bench under the previous regime, he forced his way into the squad. With the right approach and man-management style, he was played on the right and proved absolutely devastating. He proved himself the apple of the eye for our new gaffer.”

"He showed pace, great positioning and an ability to put in a decent cross."https://t.co/yqhNtZuTcZ#ImpsAsOne #ProudToBeImps #SAFC