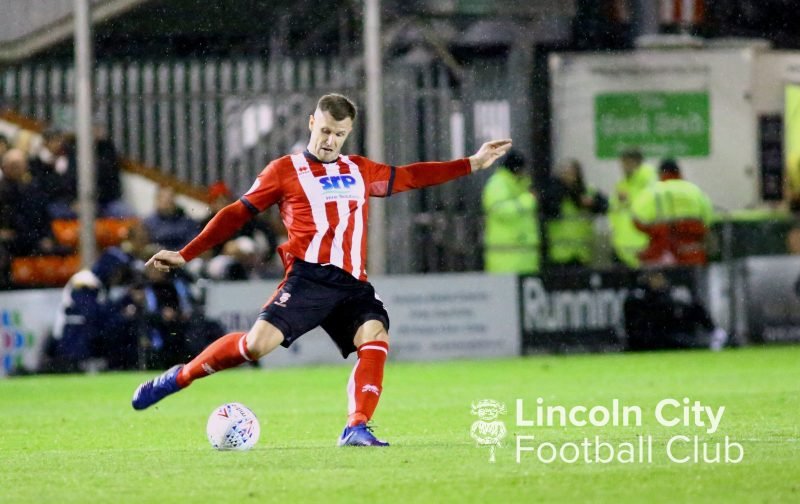 The Vital Lincoln City members’ voted for whom they believe was The Imps Man of The Match in the 1-1 draw away at AFC Wimbledon in Sky Bet League One.

Views from Casperimp: “O’Conner for me as well although I thought the whole team performed well, to be honest, and I think that we are not playing like a team that has been on a bad run. I really believe it will all start clicking soon if we continue to play like that.

I thought Grant went missing a bit but that sometimes happens with him although we all know he can also be outstanding. I have to say I thought Hesketh looked very good in the second half as well and I can certainly see him pushing for a starting berth.”

PerthImp: “O’Connor for me. Once again he was the glue that holds the side together. Wondering if he is stronger and more mobile after his summer operation to remove the errant staple from his knee as he seems to be getting about more and lasting better. Really showing his class at this level.”

sedgleyimp: “I agree with O’Connor who has been our best player this season. Even just from a radio commentary, it was clear that he was the glue in the team and the tackle which led to our goal was absolute quality.”

Cricklewoodimp: “O’Connor – he’s in a rich vein of form at the moment and drove the team superbly. A shoutout to Connolly too, centre back seems to be a more natural position for him and his relative pace is certainly welcome.”