“He got in the way of everything and has certainly given Danny a very difficult decision to make when Shackell returns.” 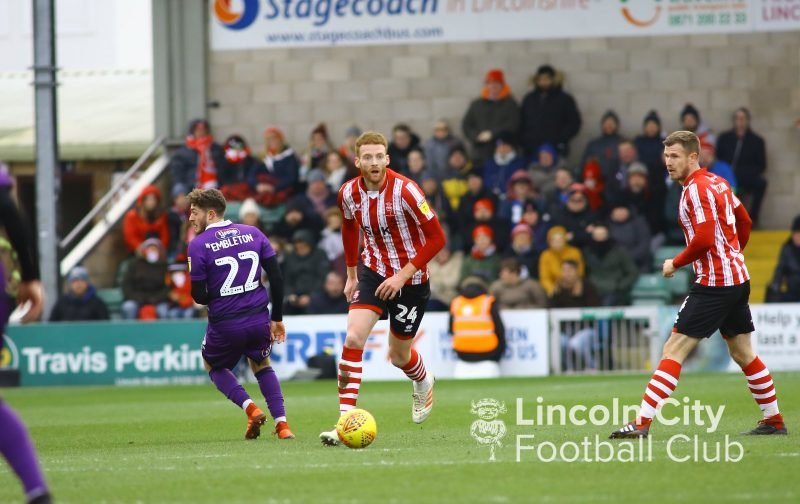 The Vital Lincoln City members’ voted for whom they believe was The Imps Man of The Match in their 2-0 win away at Rotherham United in Sky Bet League One.

Views from Snats: “The whole team deserves enormous credit, but it was two unsung heroes who impressed me most. One was Harry Anderson, who I was concerned about after last week – would he be able to keep up with our increase in technical quality? – but I thought he played out of his skin. Cian Bolger edges it for me though – he got in the way of everything and has certainly given Danny a very difficult decision to make when Shackell returns.”

sedgleyimp: “Wonderful team performance and many candidates but I’ve gone for Bolger. Nothing got past him either in the air or on the ground. There were a few question marks over him last season but this to my mind was his best performance in a City shirt.”

Eweimps: “Gone for Bolger too, my initial concerns have dissipated and he now looks to be a great asset. Top performance among many on the day. The only blot was the one time he allowed the ball to bounce and nearly got caught out, otherwise almost faultless.”

Stevie_imp: “Some good performances across the team with Eardley, Anderson Morrell and Vickers all catching my attention. However, Bolger was outstanding. If he can keep that level of performance going it’ll be a difficult decision to drop him for Shackell.”

"He got in the way of everything and has certainly given Danny a very difficult decision to make when Shackell returns."https://t.co/JRbb0h0m6r#RUFC #ImpsAsOne #ProudToBeImps