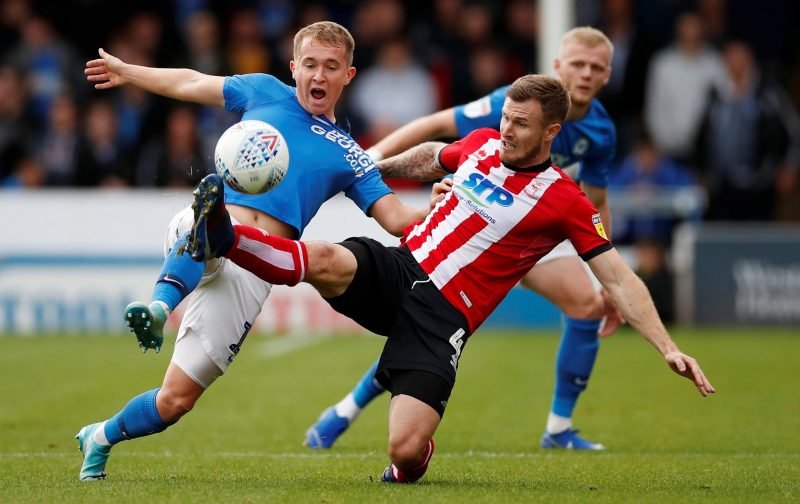 The Vital Lincoln City members’ voted for whom they believe was The Imps Man of the Match in their 2-0 defeat away at Peterborough United in Sky Bet League One.

Views from berksimps: “O’Connor was simply awesome when on the pitch. Nothing got through him, hard as nails, and with beautiful timing, he left them on the floor as he pushed forward with the ball. By the 30th minute, they were scared of him.

There were good performances particularly from Shackell, Walker, Payne and Andrade but O’Connor, until he was assaulted, was in a class of his own.

Apart from when injured, why he has not started all games this season is beyond me.”

PerthImp: “O’Connor head and shoulders delivering a midfield master-class until Toney assaulted him. If he’d done that in the street he would have been arrested. I missed it initially as I was following the ball, but when i-Follow played it back I was disgusted that any pro footballer should assault another like that. You could argue it was accidental (& I’m sure Posh will) but it was excessive for no reason and was off the ball. I really hope the EFL looks at it retrospectively and takes action.”

Impalex: “Josh Vickers for two great saves and a moment of great sportsmanship as he intervened to stop Ivan Toney (who had previously clattered into Michael O’Connor) from a booking.

Cricklewoodimp: “O’Connor by a mile, he was everywhere. A special mention for Chapman too. I was a bit critical of him after he strolled through the Man Utd under 21 game. On Saturday he showed real potential and at only 18 has plenty of time to eradicate those occasional lapses in concentration.”