“Dinosaur. Pointless. Not respected. Not suitable.” 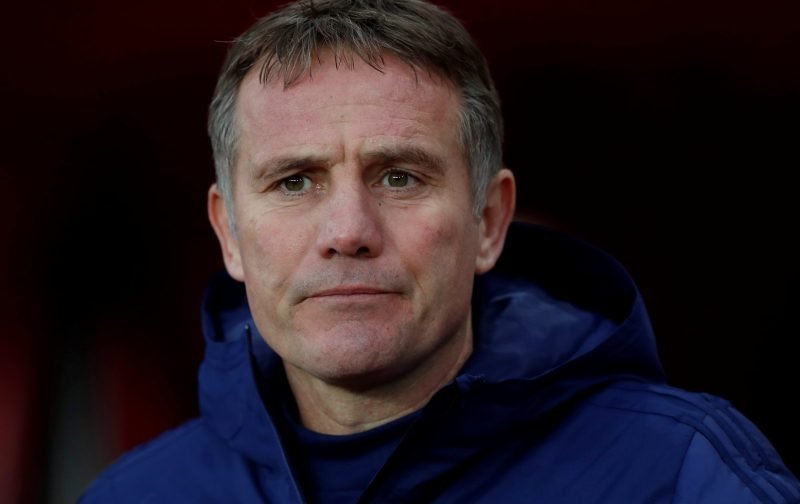 The last time The Imps faced today’s opponents Sunderland was on Saturday 5th October 2019 at Sincil Bank, in front of a crowd of 10,264. The Imps won 2-0 that day against The Black Cats, with both goals scored by Tyler Walker. He put City ahead in the 17th minute and had the chance to double his tally in the 54th minute after Bruno Andrade was brought down in the penalty box by Laurens De Bock, but his penalty hit the inside of the post. Just 5 minutes later, Walker made it 2-0 when he got on the end of Bruno Andrade’s pinpoint cross from the right-hand side.

Time for the Q&A. Thank you to Sunderland supporter Graham for answering our questions!

The first match was 1976 but I am unsure of the opposition. The first memory was a 6-0 win versus West ham at Roker in another relegation season 1977.

5th in a 3 horse race!! We fell away badly and the playoff match was indicative of us, started well, gifted a goal, flopped badly. The winner for Charlton 6 seconds from time is a very Sunderland thing to happen.

Dinosaur. Pointless. Not respected. Not suitable. All subject to change of course if he does well.

It was to win the league and win the EFL Trophy, now it is to stay relevant.

Luke O’Nien for his energy, Will Grigg for his lack of energy. Beyond that, nothing. Team of absolutely nothing. Then again, Lyndon Gooch can be OK but often overdoes things.

Bolton, MK dons and hopefully Southend…but only due to Sol Campbell as we hate him here for his lies about a non-existent racist match at Roker park in 1994.

Fresh, hungry and quite inspiring. You hammered us as Sincil bank. Your fans seem to be on a high too which means you can expect not to lose on Saturday.

Will The Imps win, lose or draw against Sunderland? 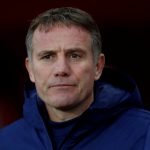 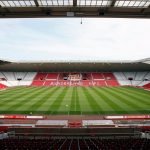 We have the same top-flight league titles as Manchester City.

No disrespect but I don’t know any. Have you a goalscorer who works hard? If so, him!

What are your proudest and most embarrassing moments as a Sunderland Supporter?

Bizarrely the proudest is May 1991 and 15,000 of us went to Maine Road and cheered our overachieving team to another relegation. Some City fans still remember this and comment on it.

Embarrassing? 15 point Premier League season is up there as is scoring all 4 goals in a match versus Charlton and losing 1-3.

There are several supporters groups and liaison committees the most recent being RAWA (red and white army) who have a dialogue with the club, however, this is subject to change as they have called for the owner to leave and he is willing to do so.

Newcastle 0-2 Sunderland play off semi-final 2nd leg in 1990. The arrogance of the NUFC fans was incredible and they thought they just had to turn up and win. We murdered them, they invaded the pitch and embarrassed themselves once again.

Halloween 2010, Newcastle 5-1 Sunderland. They bullied us and embarrassed us.

Yes and it often gets club coverage in the programme and on the website, it seems quite active.

What’s the best thing about Sunderland?

The people and the seafront. Many think this area is Newcastle, it isn’t. Newcastle does have a great city centre and Geordies are good people (NUFC fans ”Mags” are different to Geordies); many SAFC fans are Geordies. The bars are cheap and everyone talks to you.

Was your fans reaction after our last match a bit of an overreaction? Losing to us isn’t as bad as it gets (try losing to Whitehawk and Carshalton)

Possibly but this downward spiral has been going on year after year, I am 50 and I’ve seen us relegated 9 times and lose at Wembley 8 times. Any semblance of happiness is always trumped by misery instantly.

Do you think the Netflix series ‘Sunderland till I die’ was a fair reflection on the club and its support? Has it helped galvanize support despite the poor results?

It seems to have been well received around the world and also allows ALL away fans to sing that they saw us crying on Netflix. I think it was fair, it showed the good and the bad of the support as we can be incredibly supportive and incredibly destructive too.

Although the SOL is a fine modern stadium, would you rather have stayed at Roker Park? Did you agree with the move at the time?

Torn on this, the first time in Roker was the mid-70s and still a season ticket holder now, both places saw dreadful times and medium highs. I have a great seat at the Sol and cannot be bothered to stand all game now.

This may be a tough one to answer exactly, but where do you place the blame for what has gone wrong at Sunderland?

Mismanagement at all levels starting from absent chairman to inept managers. Also the Premier League, it’s one massive gamble for most teams with hideous losses possible.

Kevin Phillips seems to be a popular choice for manager despite not having managed a club before; what do you think?

A better writer than me said SAFC fans need to be fed passion, not sense; Phillip’s would provide this and can he really be any worse?

In ‘Auf Wiedersehen, Pet’, a couple of the lads go to support Sunderland at Standard Liège: I always thought that a bit odd – given the intense rivalry between Newcastle and Sunderland, is that even vaguely possible?

The split started in the late 60s and intensified from there. We work together etc but when it comes to football the divides are wider than ever and social media has lots to answer for. NUFC fans were the aggressors when hooliganism was in fashion, SAFC responded as hooliganism died out. But they showed the seeds of hatred, to be honest, they planted them too. NUFC fans hate ANYTHING to do with Sunderland. Sunderland fans hate Newcastle United and it stops there.

Politically and financially Newcastle has been developed at a rate of knots, Sunderland simply hasn’t. This causes tension and just look at the Metro system for an example, all over Tyneside, barely touches Wearside.

So, in answering your question, back in the day it was possible, nowadays no chance.

If you finish outside the playoffs will Parkinson survive the backlash?

Why isn’t your Nickname “The Stadium of Lightites”?

There was a battalion in world war 2 that protected the River Wear called the Black Cats.