“He was clearly the player they were most worried about.” 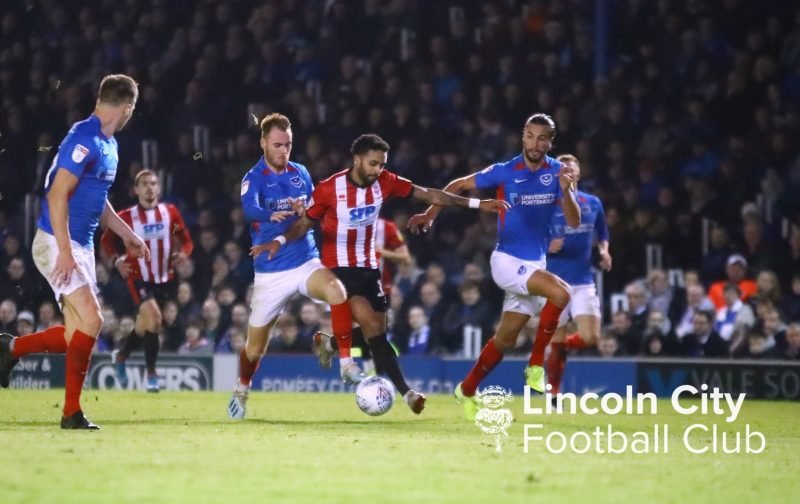 The Vital Lincoln City members’ voted for whom they believe was The Imps Man of The Match in their 1-0 defeat away at Portsmouth in Sky Bet League One.

Views from berksimps: “Andrade, in a class of his own. Double marked, he was clearly the player they were most worried about. Took men on and beat them, put in crosses and had three shots at goal, not great ones, but three more than our nominated strikers.”

RedImp73: “Given Connolly spent most of the night marking Marquis who is a good player at that level I thought he did really well. Other than the goal (which was lucky and just hit him) he allowed him to make little impact on the game.”

German Imp: “Andrade was the standout, had the conviction to have a go. Morrell had a decent game and pleased for Connolly, I hope his performance will give him the confidence to cement his place for a little longer.”

Imps 2018: “You can see why Morrell is an international. He won every 3rd,4th and 5th ball that O’Connor didn’t win.

They’re both key if we’re to get back a bit more mid-table.”