“Akinde made a positive difference.” 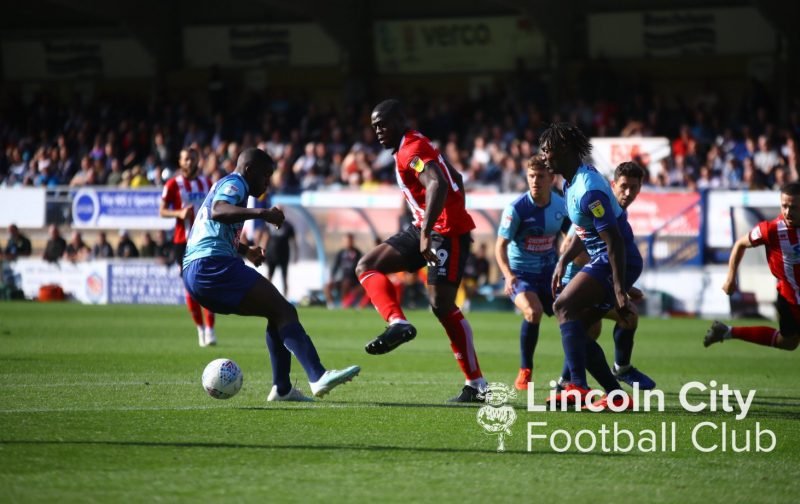 The Vital Lincoln City members’ voted for whom they believe was The Imps Man of The Match in their 2-1 defeat away at Wycombe Wanderers in Sky Bet League One.

Views from berksimps: “Akinde made a positive difference, but otherwise, it was a sloppy display from a tired-looking team, devoid of ideas and quite content to slowly pass it across the back even when two down. A defensive display which was about as bad as it gets, there was no chance of a clean sheet and the pace and industry of Wycombe could have seen them realistically get six. Vickers didn’t know where his posts were, but neither did we win headers in our own box or even know how to quickly get forward.

The first half, it was one-way traffic and we looked vulnerable each time they came forward. Walker in splendid isolation must have wondered what he was supposed to do. Gareth had done his homework and done it well but he won’t have expected the set play goals that were gifted to him. We were just slower to the ball than them across the park and especially in defence. God, did we miss Morrell?

One to forget. UTI.”

sedgleyimp: “I think we’ve been a little pre-occupied to vote on this.

Anyway. Gone for Akinde. Injected a bit of energy and menace to our performance which we lacked first half and rewarded with a goal”

Imps2018: “Went for Andrade. Did as much as he could in a very average imps performance. Shame that’s how the Cowley’s had to sign off their tenure here.”

Croozey: “I thought John Akinde was marvellous. Controlled the ball well, layed it off, beat his man to put in a cross a couple of times. Only criticism would be he had the ball in a position to have a crack at goal a few times and chose to lay it off.”