“He got into space, made gaps, took advantage, showed courage and great pace.” 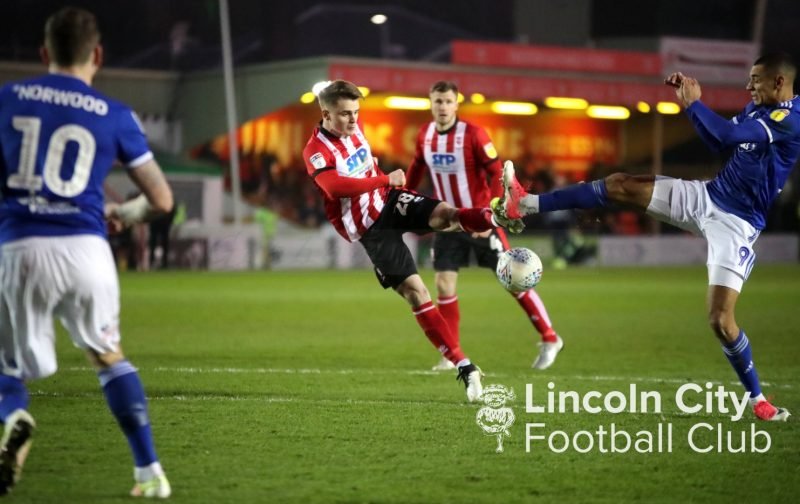 The Vital Lincoln City members’ voted for whom they believe was The Imps Man of The Match in their 5-3 win at home against Ipswich Town in League One.

Views from berksimps: “Hesketh for me. A Grand Prix winning performance, with Bostwick and Walker also on the podium. Hope it is not his only one.

He got into space, made gaps, took advantage, showed courage and great pace, and at the end scored. What a superb day; JH would have been proud.”

sedgleyimp: “Plenty of candidates but I’ve gone for Hesketh. Best game in a City shirt in my opinion. The reverse pass for Harry’s goal was superb and was the catalyst for the whole team performance and rounded it off with a deserved goal.”

PerthImp: “I wrote, before the game, that he covered a lot of ground and had good control, but didn’t score and didn’t create. I take it all back. Really well-taken goal, but that through ball to Harry for his goal was pure class. Best game in a City shirt and if he continues like that we will want to keep him.”

Impalex: “Absolutely Jake Hesketh, his best game by far in a City shirt. Pleased to see, too, as I had been a bit of a critic of his lately.”

German Imp: “From defence, midfield to attack there are so many candidates. A fantastic pass by Eardley that more or less landed on Walker’s toe leaving Walker to finish with a sublime lob – quick thinking and technical ability. Hesketh for his pass to Anderson for the first and topping a fine performance with a well-taken goal himself. Walker for two goals and constant running. Anderson put in a shift and was dangerous all game with a goal and constant running. Bostwick and Bolger for some resolute defending. These are all good examples of the quality on display Sunday. However, my vote goes to Morrell with an assured performance in midfield culminating with that interchange of passing with O’Connor followed by a mazy run and cross for Walkers second, not forgetting, of course, the cross from the short corner for the Bostwick goal.”

"He got into space, made gaps, took advantage, showed courage and great pace."https://t.co/M4qILyQzdd#ImpsAsOne #ProudToBeImps #ITFC