“The Appleton style of football is really starting to shine.” 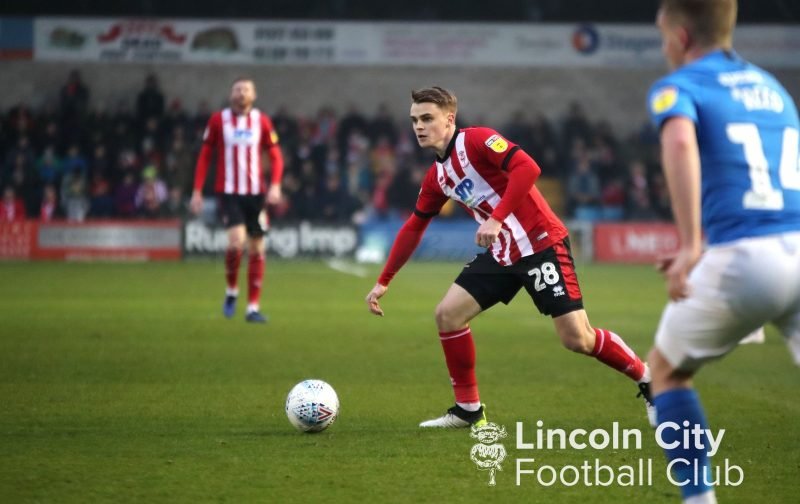 Views from Joseph Lovett following yesterday’s 2-1 win at home against Peterborough United in League One: “What a way to start the new year. Wasn’t much between the two teams but we bossed the second half, particularly after they went down to 10. One of the most effective performances you’ll see against 10 men. We stretched them, created space and were churning out chance after chance. I thought it was going to be one of those days where just couldn’t find the winner, but Grant steps up and produces a magnificent strike.

The Appleton style of football is really starting to shine. It is very effective going forward and gets the ball into dangerous positions. The flip side of that is the number of times we gave the ball away cheaply in defence. It happened 4 or 5 times before it ultimately cost us a goal. When there are players like Tony on the pitch you can’t afford to do it that regularly. Other than that, I thought Peterborough created very little and we defended them well.

Toney is some player. Fast, strong, good in the air and with the ball at his feet and, as we saw, an excellent finisher he’ll go for some big money.

That said, Morrell was head and shoulders the best player on the pitch. It was a magnificent performance. I was sat in the perfect seat to watch his cross-field passes time and time again. He bossed the midfield and carried the ball forward at will. We must try and keep him until the end of the season.

All the lads played well, but a quick mention for Akinde who had a very good impact on the game when he came on, gave the Peterborough defenders something extra to think about.

Peterborough are a decent side and defend their box very well (including the keeper). They have a good forward line too, but struggled to create much. If they are up there, we should be able to push up the league a bit. Nice to be closer to playoffs than Relegation.”

JT_LCFC: “I actually thought we played reasonably well first half and didn’t deserve to be behind at the break. Sloppy defending duly punished by Toney. However, I thought defensively they were nervous throughout.

Odd tactics by posh playing a real narrow diamond and Woodyard was completely out of his comfort zone and George Boyd really has gone downhill.

You always sense with Posh if you can keep under their skin, they will eventually cave in, obviously, the sending off helped – however they lack a bit of substance and a few too many show ponies.

Many points have already been raised and I agree with what Appleton’s tactics bring in that it’s getting players into good positions and creating chances, it would have been all too obvious to of kept firing the ball up to Akinde once he came on.

Morrell was superb and Toffolo’s energy levels are something else.”

hulloutpost: “I thought pound for pound Peterborough were the poorest side at LNER this season – yes I know Southend were atrocious but Eisa’s transfer fee and wages alone probably covers their entire squad. Their midfield were dominated throughout the game. They only looked dangerous when we actually had possession near our own goal! Once we cut that out in the second half they had absolutely nothing going forward. We were the better side going forward first half and it was only some heavy touches and wrong decisions that limited us. Again once we sorted that out second half we got our just desserts. By the end, Peterborough looked ragged, unfit, disinterested and well beaten and I don’t think going down to 10 had that much of an influence. If I was a Posh fan I would be fuming with their team on many levels. In contrast, we looked like a genuine team that grew into the game with superior fitness, tactics, teamwork, attitude, shape, desire and creativity. Wonderful to see and there’s not much sweeter than a well deserved last-minute winner.”

Jivin Imp: “Few comments on the match – Morrell, Toffolo, Walker and Grant all good others not far behind. Cracking atmosphere again.

Having read a bit of Peterborough Forums, I don’t understand the negativity for Maddison. I thought between him and Toney, they were the most likely to score for Posh. Toney looked a quality player, head and shoulders their best player.

All in all a terrific few days, 6 points and balanced the results at Cov and Oxford. Our biggest challenge will be fending off those circling for our better players and MA filling the gaps that will ultimately occur. Football was ever thus….”

"The Appleton style of football is really starting to shine.":https://t.co/Tfb5FDBn2j#ImpsAsOne #ProudToBeImps #PUFC