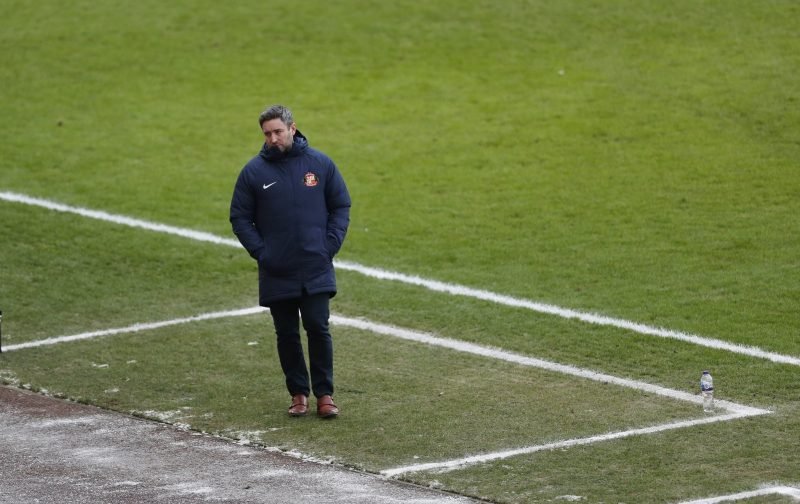 The last time The Imps played tonight’s opponents Sunderland at the Stadium of Light was on Saturday 4th January 2020, in front of a crowd of 31,748, including 3,236 City supporters. The first half was one I wish I could wipe from my memory, but unfortunately, I can’t. The first goal was scored by Tom Flanagan in the 19th minute, a header from a poorly defended corner. The second, a total disaster playing it around at the back after a goal kick, which ended with a Michael Bostwick own goal just four minutes after the opener. Lynden Gooch made it 3-0 to the hosts in the 29th minute. Tyler Walker scored for The Imps in the 66th minute and the match finished 3-1 to Sunderland.

First up, the answers provided by Matthew:

It certainly was not optional. My first season as a season ticket holder was 2005/06, Sunderland were relegated with a record low 15 points and won one home match all season, a great way to introduce a seven-year-old to football!

8th on points-per-game, just one point from the play-offs. It was massively frustrating as we had started to look like we could mount a serious promotion challenge, but saving lives is more important and the season was rightly concluded.

Lee Johnson has moved away from Phil Parkinson’s safety-first approach is trying to transform Sunderland into a more dynamic side who score goals. It has not been the perfect start as the frustrating draws have continued, but I do think he is moving the team in a positive direction.

Originally it was to achieve automatic promotion, but once again Sunderland have drawn too many games and have massively underperformed against the relegation battling sides – I think the playoffs is our most realistic chance to obtain promotion.

I would have to say Aiden McGeady and Charlie Wyke on current form.

Since McGeady returned to the first-team setup he continues to prove that Phil Parkinson was wrong to exclude him, he assisted all four of Wyke’s goals on Saturday.

As for Wyke, his goal-scoring form has amazed every Sunderland fan. He scored just 11 goals in his first two seasons on Wearside, but under Lee Johnson, he has scored 13 goals in just 14 matches – a remarkable turnaround in form!

My honest prediction would be for Lincoln and Portsmouth to go up automatically, with Hull, Peterborough, Sunderland, and Oxford finishing in the playoff positions, but Doncaster and Charlton will have much to say about that.

A difficult question currently as new Northampton and Bristol Rovers managers could change their seasons completely, but if I was placing a bet today, I would select the current four in Swindon, Northampton, Wigan and Burton.

I am incredibly impressed with the work Michael Appleton has done at Lincoln. Guiding a side to the top of the table on a 40% lower budget with less squad depth than many of your promotion rivals deserves praise. The Imps have utilised the loan market very effectively and your defensive record is brilliant.

2-1 to Sunderland – you cannot not back your own team in a cup semi-final, but perhaps that is my heart speaking more than my head!

Kevin Phillips remains the only Englishman to win the European Golden Shoe when he scored 30 Premier League goals for Sunderland during the 1999/2000 season.

It has to be Jorge Grant, I think TJ Eyoma, Brennan Johnson and Alex Palmer would of all been great loan signings for ourselves, but Grant is the main attraction.

Sunderland lack a midfielder who can drive forward and make things happen, Grant scores goals and I think he will be playing Championship football next season regardless of if Lincoln are promoted.

My proudest would be seeing the team play at Wembley during the 2014 League Cup final, some clubs go more than others but seeing your team play in the country’s best stadium whilst competing for silverware was a special memory.

The most embarrassing would easily be seeing the team relegated from the Premier League to League One in just two seasons, no one thought it was possible and we have still failed to properly recover from it.

Luckily for Lincoln fans, he is not playing, but that would have to be Denver Hume.

He is an attacking left-back who has come on leaps and bounds in the past season, he fits the modern mould of how full-backs operate and I think he has great potential.

We do not currently, but there is a supporters group called the Red and White Army who I believe are transitioning into one at some point in the future.

Winning on penalties at Old Trafford to secure our place at Wembley was a priceless moment, being part of 9000 singing Sunderland fans in such a historic stadium was an unforgettable experience.

Losing 5-1 at St James Park against our arch-rivals Newcastle, it was such an embarrassing performance and the banter that followed was endlessly annoying.

Yes, it was set up during the 90s and currently has over 150 members, including former players from our women’s team as well.

The local community. People from the North East are incredibly friendly and even if they disagree on matters concerning the club, they are incredibly passionate about the football club.

The fact we still achieve consistent attendances of over 30,000 in the third tier does not get enough credit in my opinion.