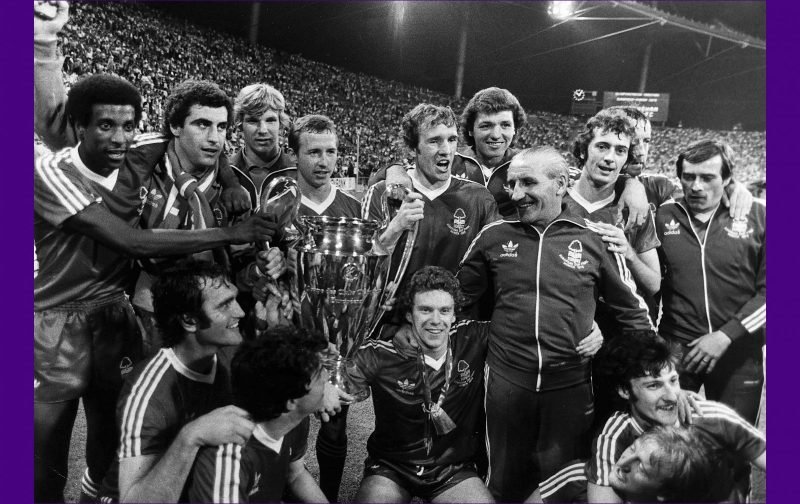 Woodcock was in the Nottingham Forest team that beat Malmö 1-0 in Munich on 30 May 1979. It proved to be his final appearance for Forest, signing for 1.FC Köln (Cologne, for us older fans) that summer for £600,000.

I know the answers for Quiz No.10 are available below, but if you haven’t had a go, don’t read the answers and give it a go along with the other quizzes!

1. Which legendary striker theoretically made the final appearance of his career in the expunged Division Three North match against Gateshead at Sincil Bank on 2 September 1939?

Scottish legend and Wembley Wizard Hughie Gallacher. Despite being only 5’5″ tall, Gallacher was a fearsome striker who finished his career that day with an incredible 463 goals in 624 appearances to his name. He also notched 24 goals for Scotland in his 20 appearances (in those days, there were very few internationals), meaning he averaged 26 goals per season during his 18-year career.

Although City won that final game 4-3, it is entirely possible that the fans left Sincil Bank mildly disappointed: by then 36 years old, Gallacher failed to score that day.

In those days of low financial rewards, sadly Gallacher later fell on hard times. Following some domestic problems, he ended his life in front of a train near the Tyne Bridge on 11 June 1957 at the age of 54.

It is worth noting that his son Jackie Gallacher was also a prodigious talent, scoring 94 goals in 116 games for Celtic in the 1940s before a knee injury ended his career at the age of 24.

2. What is Tony Woodcock the only Lincoln City player to go on to do?

Woodcock was in the Nottingham Forest team that beat Malmö 1-0 in Munich on 30 May 1979. It proved to be his final appearance for Forest, signing for 1.FC Köln (Cologne, for us older fans) that summer for £600,000.

It was a very interesting three years for Woodcock. Heading nowhere and unrated by Brian Clough, Woodcock later stated that his loan spell at Lincoln changed the direction of his career. He started to enjoy football again and returned to Forest a new player. He won Forest’s Player of the Season award the following season (1976-77, when they won promotion to the First Division) before helping them win the First Division title in their first season back up in 1977-78. Having made his full England debut in May 1978, he helped them to win the European Cup at the first attempt the following season before that big-money transfer to Germany.

He later appeared in the 1982 World Cup Finals, playing in the second group stage matches against Germany and Spain, which made him the only former Lincoln City player to appear in a World Cup Finals tournament for England.

3. Which City striker scored one and created another for Bolton in their 4-1 win over Wolves in the 1958 FA Charity Shield?

Winger Neville Bannister, who appeared for FA Cup winners Bolton Wanderers against First Division champions Wolves on 6 October 1958. There was no Wembley appearance for Bannister, though – the Charity Shield match was not moved to Wembley until 1974. This game was played at Burnden Park, and Bannister was the star as he scored Bolton’s second goal on the stroke of half-time before setting up Nat Lofthouse for the fourth on 70 minutes. Bolton ran out 4-1 winners in front of 36,029 to win the Charity Shield for the only time in their history. The match is also notable for the fact that the legendary Lofthouse spent ten minutes in goal after keeper Joe Dean was injured.

There was a touch of poignancy about the game, as Bolton had beaten the remains of Manchester United in the FA Cup Final in May. Decimated by the Munich Air Crash in February, United had done extremely well to reach the final at all. By coincidence, Bolton had also beaten Wolves 2-1 in the quarter-final on their own road to Wembley.

Bannister never really made it at the top level, playing just 26 First Division matches in six years, and was signed by Lincoln in March 1961 in a desperate attempt to stay in the Second Division. It failed, and Bannister was to become one of the unfortunate players who saw City plummet from the Second Division in 1961 to applying for re-election in 1963. Despite this period of abject failure in the club’s history, Bannister’s total of 18 goals from 82 appearances was a decent return.

City sold Sincil Bank to the council for £225,000 after suffering a series of losses over a number of seasons. Part of the losses stemmed from the bonus system that rewarded the players for the (failed) promotion bid that ended at Fulham in May, and part from the ludicrous Country & Western festival held at the ground.

Furthermore, chairman Gilbert Blades set about reducing costs by releasing senior players and trying to reduce the bonus scale. Despite these substantial problems off the field, City raced to the top of the Third Division and took on the best the First Division could offer in the League Cup. As older fans will remember all too well, the season disintegrated in the new year. Blades resigned following some very unpleasant altercations with the fans, but the season could not be rescued. And many feel that the 1982-83 season, which is remembered for some outstanding performances, ironically started City’s descent from the Football League in 1987.

The ground was bought back from the council for £175,000 in 2000 and happily remains in club ownership to this day.

5. Lincoln set the club record for league goals scored in a calendar month in September 1951, but how many did they score?

An unbelievable 31 goals were scored in just seven games, including the club record 11-1 victory over Crewe at the end of the month. Also unbelievable is the fact that City actually lost two of those games, 4-1 at Oldham and 3-1 at league leaders Gateshead. City scored 26 in just four home games: 4-3 against Hartlepools, 4-1 against Scunthorpe, 7-2 against Darlington and that 11-1 thumping of Crewe.

Contrary to popular myth, it was Steff Wright. Hands up all those who blamed Bob Dorrian…be honest, now.

As part of the measures proposed to save the club in light of the Co-operative Bank’s decision to call in Lincoln City’s debt in February 2015, the plan was to superimpose a painting of a Lancaster by aviation artist Simon Atack on the seats in the Co-op Stand. Seats could be sponsored for £40 to £250, the intention being to raise £150,000 via the Crowdfunder platform.

The scheme opened for donations on 19 March but failed to tempt the people of Lincoln. Just £53,960 was pledged, meaning that no money was ever collected and the scheme closed on 13 May.

8. Which club knocked Lincoln out of the FA Cup four seasons in a row?

Oh dear, it was Grimsby. In the early days of the FA Cup, draws in the qualifying rounds were highly regionalised, meaning that clubs were often drawn against the same opponents in successive seasons. City first entered the FA Cup in their inaugural season of 1884, and were drawn against Grimsby eight times in the next twelve seasons. That run included four successive defeats, in 1892 (0-5), 1893 (2-5), 1894 (0-3) and 1895 (2-4).

City were also drawn against Barnsley four seasons in a row between 1899 and 1902, losing three times and winning once.

9. Despite scoring 111 league goals in the 1975-76 championship season, there was only one hat-trick: who scored it?

10. Why did defender Ashley Westwood ask for his contract to be cancelled in July 2012?

He found a better job, and Michael Appleton was responsible. Appleton had been appointed manager of Portsmouth – his first managerial job – in November 2011 and was trying to build an effective coaching team in the face of some severe financial constraints. Appleton and Westwood had come through the Manchester United Academy together and therefore was a natural target.

Westwood had only signed for Lincoln on 21 May, and asked for his contract to be cancelled on 5 July. Therefore, his Lincoln City career lasted just 46 days and included no appearances whatsoever. He will be remembered fondly at Sincil Bank.

"Woodcock was in the Nottingham Forest team that beat Malmö 1-0 in Munich on 30 May 1979."https://t.co/kEQKfG9UhD#ImpsAsOne #ProudToBeImps #NFFC pic.twitter.com/F4IJKCUBXl