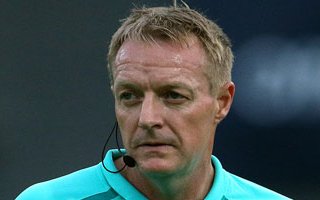 We take a look at the ratings and comments received about the referees The Imps had in September, including games against Luton Town, Mansfield Town, Notts County and Grimsby Town.

We take a look at the ratings and comments received about the referees The Imps had for their games against Luton Town, Stevenage, Forest Green Rovers, Mansfield Town, Notts County, Barnet and Grimsby Town.

Rasenimp: “7/10 one of the better ones. I think the tackle on Arnold was a borderline red, he wasn’t last man but it was really high, Arnold was getting away so it was extra desperate. Not just a crap cynical one but on the knee too.

I think players on both sides could have been booked but maybe it’s a positive he didn’t book them. Luton were blowing at the end taking the wee kicking it away, ref didn’t seem to be bothered.

But got more right than wrong.”

Impalex: “Well, as mentioned above, the ten-yard rule was not equal. They had a free kick outside our area in the first half and I counted he made eleven paces then bent forward to spray the pitch, making it another half a yard. In the second half, we had a free kick in a similar position, he made nine paces and didn’t bend forward to spray the pitch. How was that fair?

Also, the foul on Arnold should have been a straight red, no question.

Luke Imp: “Didn’t drop any clangers and I thought he was lenient for both sides, although Luton were probably the luckier of the two teams not to get a few in the book.

Cuthbert trained straight through Rhead in the second half where he stayed down. He’s come from miles away and just decided to smash through him.

Hylton didn’t get booked for that horrendous dive midway through the first half and every time we got a free kick, one of their players would kick the ball away. Not just a tap, a yard or so, but 10 yards away.

Given the amount of free-kicks he gave against both sides, it’s a minor miracle there weren’t more bookings just on a totting up basis.

All that said, I’d rather have a ref like that because his lack of yellows meant that players kept putting themselves about.

EDIT – Saying that, I still think it was a red on Arnold for dangerous play. Terrible tackle from behind. He could have just tripped him from behind but he’s gone and done him.”

Kentishimp: “Well I’m actually finding it difficult to give him a positive score. One of the most one sided refs I’ve ever seen, every decision went their way and he only blew in our favour when it was such a blatantly obvious decision he had no other choice. The foul on Sean Long was a minimum of a yellow but may cost us dearly.

Impalex: “Not a very good ref to be honest. First half, and part of the second half, he was a definite homer. Some of the treatment that Matt Rhead has to put up with would result in a prosecution if it happened in the street and as for that dreadful studs in on poor Sean Long, who will now miss 4-6 weeks, without being punished by even the giving of a free kick let alone the yellow/red it deserved, is well beyond my comprehension.

Both reds were, to the letter of the law, correct, albeit one of them being a double yellow. Wilkinson was dirty throughout the game and fully deserved his sending off, especially when you see it in the highlights.

I am going to be generous, because he got the penalty shout correct, and give him 5/10.”

Jamesimp: “I found this chaps performance frustrating to say the least, the challenge on Woodyard just outside the box was just about a yellow, looked like he was clear but maybe had too many round him. How he managed to not give the hand-ball penalty second half is beyond me, he dived with both arms extended and virtually ‘saved’ it! When our player queried it he said he was protecting his face?? A very ‘bitty’ performance, I, unlike those around me, didn’t think he was biased just not really on his game so 5/10.”

Woodis: “5. Indirect free kick against Farman was correct. Knott was brought down when clean through and he bottled it. Rhead was pulled all over. Good save by their right back. Very fussy and responded to their constant moaning.”

Was the guy in black or Liam Noble actually reffing last night?”

NottyImp: “I think a weak 4/10 from me. I wasn’t convinced by the Bostwick booking and he seemed to give us almost nothing.”

Lenient to a point i.e. Woodyard and Bostwick both giving fouls away when they were breaking over the halfway line and the latter’s card was a totting up process I think. But inconsistent because, as above, it looked like a challenge on Woodyard in the lead up to their goal was similar to one he’d penalised not long before.

Rhead got naff all again, although he explained it was six of one most of the time.

Not quite strict enough with the time wasting in the final 10 minutes, but I think he may have played another minute or so in injury time.”

Impalex: “Middle of the road for me, not the best we’ve had this season but not the worst. Let the Co-op linesman give too many decisions (especially re all the offsides) but when the same linesman correctly gave City a throw in during the second half, the ref over-ruled him even though he couldn’t possibly have seen that the ball came off a Mansfield player because said player had his back to the ref!

What does Matt Rhead have to do to get a decision?

Rasenimp: Red card was objectively a poor decision and changed the game, foul for their third looked soft, thought Anderson pushed their player for our goal.

Impalex: “Worst refereeing performance I have witnessed in a very, very long time. So totally biased against us and in no way fair. The sending off is an absolute joke and I hope to God that they get it rescinded, Danny said they would appeal.

Gaz_Imp: “0. Not been that wound up or irate with a ref for a long time. On George Cain levels.

Think a few Imps fans have been quick to blame refs when we haven’t won games at times over last couple of seasons. But this one genuinely influenced the result. Who knows what would have happened had Billy stayed on.”

UnbelievableJeff: “9 – A switched on Kettle didn’t let the game boil over.”

Snats: “9. Hard to think how he could have done better really.”

Impalex: “Wow, what a difference to the last two twerps! A thoroughly professional performance and best so far in the seven games I have seen.

8.5 from me. It would have been 9 but for the silly booking of Rob Dickie at that free kick incident.”

Dreaming of McAuley: “Could have given a couple of yellows to both sides but probably wise to avoid it. The Palmer penalty claim would be soft but I’ve seen them given! 7/10.”

PerthImp: “6.5. He let the game flow and made some good decisions but those were balanced by some things he let go or missed.”

Long suffering Imp: “7 from me, couldn’t see the penalty shout properly as up the other end, but having now seen the highlights then looks like he got that wrong. Otherwise didn’t have too much to do, I expected a much more feisty encounter.” 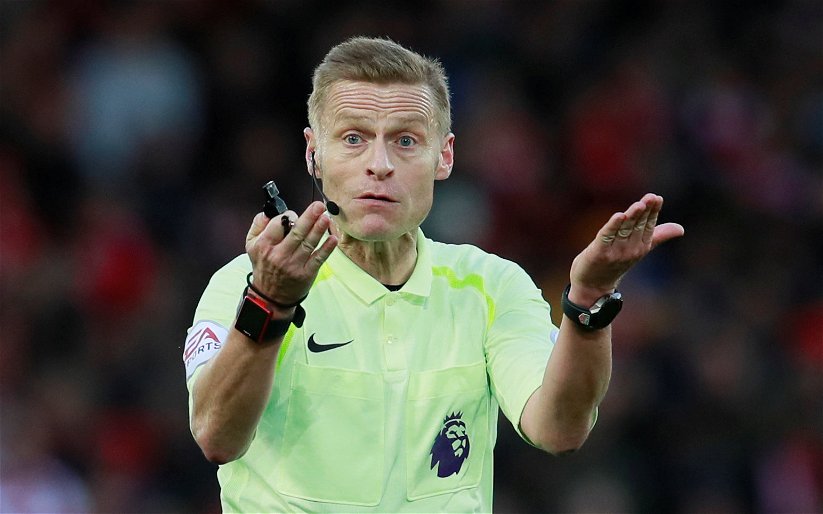