Reaction To The Club Statement 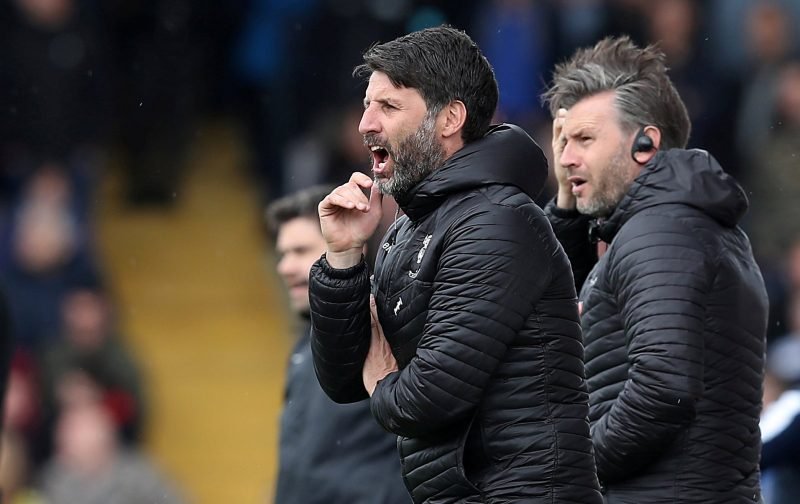 Yesterday Lincoln City Football Club released a statement on the Official Site stating that “we have had no official approach from any club to speak with Danny and Nicky”, following the rumours linking them to Championship club West Bromwich Albion.

The full statement: “The success we have enjoyed over the last three remarkable seasons has brought us considerable positive coverage and raised the profile of the club, the players and Danny and Nicky Cowley.

The accolades for our management team have been thoroughly deserved and it is understandable if they attract the attention of clubs at a higher level.

However, we have had no official approach from any club to speak with Danny and Nicky.

The board talk regularly with Danny and Nicky who remain totally committed and focused on preparations for next season in our new adventure in League 1.”

I’m not going to lie, this is the first time I have been genuinely worried about the rumours appearing in the media. However, reading the statement and listening to Danny Cowley and Clive Nates on the podcast made me relax. One of the quotes that stood out for me was something Danny Cowley said: “There is not one part of me that wants to leave this Football Club.”. While there is alignment between Danny Cowley, Nicky Cowley and the Club Board, and they believe they can still add value, they will remain with The Imps. How long will that be? Who knows? Let’s just enjoy the journey we’re on!

Davidimp: “Thought it was a very positive podcast and both sounded very focused on the job in hand.

Impish: “Danny has never categorically denied that they wouldn’t leave at some stage in the future, he said on the podcast that it might not even be in their own hands decision wise when that time comes.

IMO it’s similar to what was said around the times previously when rumours linking him with other certain clubs were posted on social media. Danny did say it would take a special club and need a lot of the other pieces in the puzzle to be in alignment for that to happen.

I for one am happy and as sure as anyone can be in the volatile and ever-evolving world of football that Clive, the board, and Danny and Nicky are happy enough to be here at Lincoln for the present time. I expect them to be here for at least another season.”

Scotimp: “The difference now is the magnitude of the clubs being linked with the Cowleys. As Lincoln have climbed the leagues, so too has the source of interest in them.

PerthImp: “For me, for what it’s worth, it’s a fact we have a management team which has created so much success in such a short time they will naturally be looked at by bigger clubs, and they will go at some stage – when they feel they time is right for their career and their families. The social media/forum frenzy is entirely understandable and, in my view, comes down to the pure anxiety that we all feel that the most successful management team in our lifetime, who have actually delivered success for three successive seasons AND given us REALISTIC hopes of sustained success, along with development of every aspect of the club, could potentially leave us at some stage. Like me, many are probably scared stiff that could happen and believe we couldn’t attract anyone almost so ‘Messiah-like’ again, thus ending our progression and success. I think one thing that stands out for me in the interviews is the language. Clive is the more positive of the two. What worries me slightly is that Danny won’t come out and say 100% ‘yes’ or ‘no’ and has used past-tense words, which he has in the podcast as well. To be fair to Danny, that is entirely understandable, though it doesn’t do our perceptions and hopes any good! For the time being it looks good, but as with all things football, you just never know what’s around the corner. For now, like everyone else, I’m keeping everything crossed but will certainly feel a lot happier when we KO in L1 with DC & NC on the touchline giving the fourth officials hell again”

I know DC doesn’t like the word consolidation, but if we do that next season and finish mid-table then it’ll be viewed as a good season from others outside the Club. To then kick on, the budget will have to increase and in DC’s mind, two mid-table type finishes probably won’t reflect as well on them both as they’d like.

To keep getting better, the budget will have to improve but I don’t think we’re realistically able to increase it to the point at which DC/NC probably feel they need it to and certainly not circa double to get, apparently, around the Top 7 (Donny, Rotherham, Luton all £5.5m-£6.5m allegedly).

I'm sure @dancowley1 and Nicky would do things right. Stay at Lincoln, promotion to the Championship in 2 years, then if things aren't going well consider options. You have an opportunity to take this great club to the heights it deserves. Great City, great people. #impsasone

It didn't make sense for there to be any truth in the rumours. But nice to see the club making a positive and firm statement. UTMI ???? ????

I appreciate there’s nothing more that the club can say, but it’s hard to feel relieved when the reality is, we haven’t received an official approach YET. If and when we do, it’s a whole new ball game.