“He still has a lot to offer and his style of play is probably better suited to League One.” 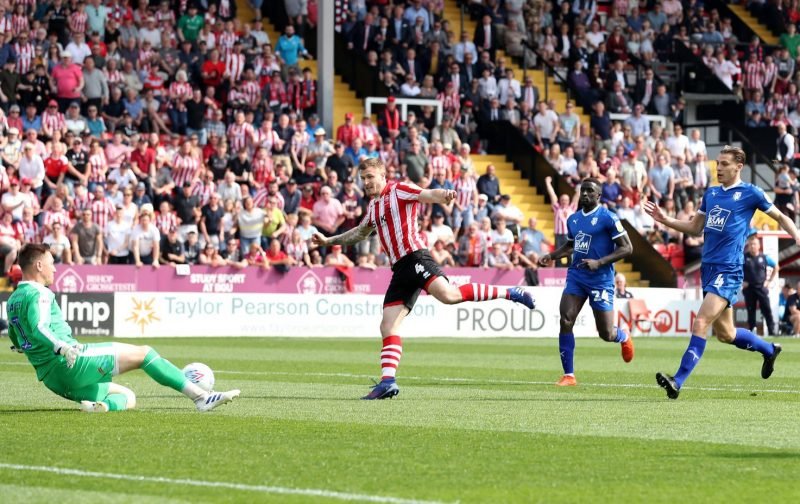 It was announced yesterday that Michael O’Connor will be part of The Imps 2019/2020 League One squad, having put pen to paper on a one year deal.

O’Connor was one of just three players that were going to be out of contract very soon. After negotiations, he’s now committed his future to The Imps. This now leaves just Sam Habergham and Matt Gilks with uncertain futures.

In my opinion, Michael O’Connor still has a lot to offer at the age of 31. I also believe his experience will be really important in League One next season. And like Scotimp has said, I hope we get more game time out of him.

sedgleyimp: “He still has a lot to offer and his style of play is probably better suited to League One than League Two. This is good news in my opinion.”

Scotimp: “Judging by what Danny said in the podcast, O’Connor signed last week. It is an odd day to make an announcement, though.

I hope we get more game time out of him – he only finished 17 games in all competitions last season.”

hulloutpost: “If we have two other first-choice central midfielders plus Chapman then I am quite happy for Frecklington/O’Connor to start and do 60 mins or come on and do 30 mins. Provided they are fit then their quality and experience used like that could be of significant benefit. The problems come if there aren’t enough ‘legs’ around them when they are on the pitch or the younger CMs get injured themselves leading to a higher demand on their game time.”

Speaking on the Official Site, Danny Cowley said: “I’m delighted that Michael will be a part of the Imps squad going into League One. He’s played a big part in the success of the team over this past season.

He’s brought valuable experience and a real control in games and he handles the ball very well, he’s been a starter for us in the bottom of the midfield and his ability to get on the ball helped us to evolve our style.”

Speaking on the Official Site, Michael O’Connor said: “I am over the moon to have signed a new deal. I am coming into training with a smile on my face every day, everything is good here and it is a top place to be, I am really enjoying my football.”

"He still has a lot to offer and his style of play is probably better suited to League One."https://t.co/G8EeGwyteA#ImpsAsOne #ProudToBeImps