Q&A With One Gillingham Supporter 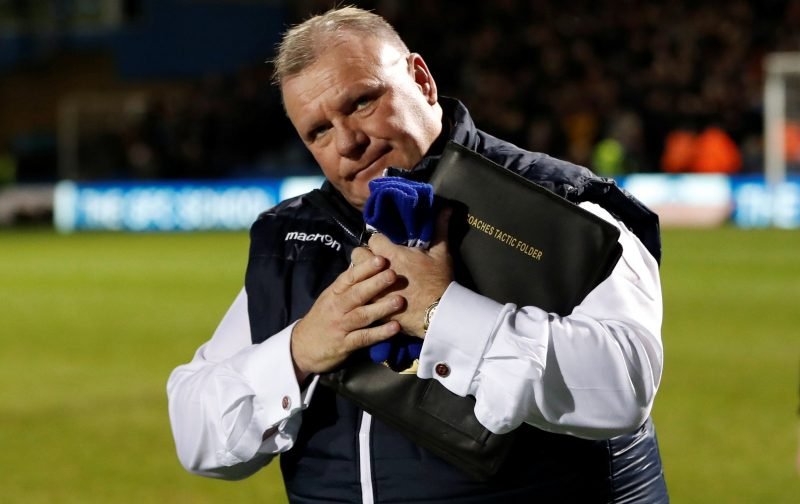 The last time The Imps hosted tomorrow night’s opponents Gillingham at Sincil Bank was on Saturday 22nd February 2020, in front of a crowd of 8,950, including 682 Gillingham supporters. This match finished 0-0, with The Imps finishing the match with 10 men, with Tayo Edun receiving a second yellow card in the 90th minute following a coming together with Brandon Hanlan, who was also booked.

Ahead of tomorrow night’s match, we have done a Q&A with a Gillingham supporter, so thank you to Mark for answering our questions!

You can discuss what has been said in this article HERE, as well as many other topics on our 100% Imps forum! We have also published a Lincoln City v Gillingham Quiz, which can be found at the bottom of the article. Every page view helps raise money for Lincoln City Football Club!

My first game was in 1984. Lost 0-3 at home to Everton in an FA Cup second replay. I was hooked on the atmosphere and the crowd. A few months later my first away game at Brentford where we lost 5-2. Fair to say those games set me up nicely for the next 35 years.

A very respectable 10th. No relegation worries all season, and we were starting to wonder “could we” in terms of a late charge for the playoffs. COVID answered that question for us.

How to answer that in a few sentences?!? We all know his history and Gillingham fans hurled as much abuse at him as any club when he was the oppositions manager. His engagement with the fans during lockdown impressed me, hosting Zoom calls with fans and providing regular updates. There is another side to the foul-mouthed man on the touchline. He has improved us, that’s a fact. We are no longer looking over our shoulder at relegation every season. He has contacts in the game and is able to attract loan players of a calibre that we didn’t/couldn’t previously. He is controversial but I’ve grown to like him and respect him a whole lot more than I did before he was here. He’s a step up on every manager we’ve had for years.

I think we are too inconsistent to push for the playoffs BUT a win against you would really make me question that. We are starting to score goals and if you score goals you have every chance of winning games. I think the playoffs will be beyond us but don’t rule us out just yet. Financially who knows what harm this season has done to us and all clubs. If we all have clubs to support come August that will do for me.

We have a decent team on their day. Vadaine Oliver will cause you defence all sorts of headaches and he’s added goals to his aerial/physical ability recently. Jordan Graham is a joy to watch and far too good for us. Kyle Dempsey in midfield is also destined for far better things.

I fancy Hull and Sunderland to get the top two. Play-offs I’ll go for Peterborough and Doncaster and the next two are all to play for with Lincoln being in that mix with Pompey, Oxford. Charlton and Ipswich. Lots of teams at the top are struggling with form and that may allow an outsider like Blackpool or even Gillingham to gate crash.

I think AFC Wimbledon, Rochdale and Swindon look in real trouble. The last place is up for grabs and I think Northampton may take it. Plymouth fans have a nervous end to the season but probably have enough points in the bag.

I work in Lincoln three of four times a year and have grown to really enjoy my trips to the City. It’s a really nice place and am pleased to see the Imps doing well, but not at our expense. I’ve been waiting for a midweek trip to Lincoln for years so that I can make it coincide with a work trip. COVID has put a stop to that this year.

You completely outplayed us in the reverse fixture and at that point, I thought you were really strong contenders for promotion. Obviously, current form is not looking good at all. I guess it just depends if you can find that early form again. It may be the playoffs for you now though.

Tough one as we are inconsistent and your form has blown up. After the reverse fixture, this looked like an easy win for you. Now I’m not so sure. I’ll go for a score draw.

We must have the oldest “temporary stand” in the history of sport. It arrived in 2003 I believe, just temporary before we redeveloped that end. It’s now looking very permanent. I feel sorry for the away fans perched up there on a cold and wet day.

I think Liam Bridcutt is a key part of your team. I suspect he would improve most League One teams.

What are your proudest and most embarrassing moments as a Gillingham supporter?

Proudest – The Coventry cup tie. Beating a Premier League team on their own ground was special. I was tempted to say the Man City play-off final. Seeing your team at Wembley for the first time made me so proud. The game was a sell-out and was a classic. Looking at the scoreboard to see Man City 0 Gillingham 2 89 minutes should have made it a dream day. The history books say we lost!

Most embarrassing – The Wycombe game as we were just so poor. The players looked like they didn’t care. I’m sure that wasn’t true, but we just didn’t turn up that day. The anger from the fans at the end was clear to see.

That’s a tough one as the players who are decent are rated by the fans. Perhaps the player who isn’t in the limelight is Stewart O’Keefe. He was injured for most of the season, but he makes us a stronger team.
Do you have a Supporters Trust and what role do they play at the Club?

There is one of sorts but they don’t have a voice in the club. For better or worse our owner does it his way and engaging with supporters is not on his priority list, in my opinion at least.

We beat Premier League Coventry 1-0 in a Cup replay at Highfield road in 1997. What made it special was a few seasons earlier we went bankrupt after many seasons of struggling. In 1996 we won promotion from League Two in our first season post-bankruptcy and then this game made it really feel that we were back. About 4,000 travelling fans made such a noise as well. Good times.

Far too many to list but I if had to pick one Wycombe away 2010. Wycombe were relegated and we had to avoid defeat to stay up. Even if we lost three other results had to go against us. We put in an abject performance and lost 3-0, slowly one by one the other games went against us and saw us relegated. A hard one for my seven-year-old son to take and had for me to explain.

They often invite legends back to be paraded in front of the fans – that’s a nice touch. I think. Especially for the older players who walk out with the kids or grandkids must make them proud.

What is the best thing about Gillingham?

Gillingham form parts of the wider Medway Towns (population 300,000). Gillingham itself is a typical town and is not dissimilar to “downhill” Lincoln. It doesn’t have the maritime heritage of Chatham and doesn’t have the historical interest of Rochester (which is very similar to “uphill” Lincoln). I’m not going to knock Gillingham (plenty do – and if you’ve been to a game there you will know what I mean) but I like the broader Medway Towns. It’s close to the coast in the summer, London nightlife is 45 mins by train and I’m proud of the area’s history. My tip for the next away game is to stop off in Rochester for your pre-match drinks. Two stops earlier on the train and as I say it will remind you of “uphill” Lincoln.

Is every penalty awarded against you a mistake by the referee?

I’ve phoned a friend to confer and in a broad Glaswegian accent he said: “Of course it @~%^&$ well is”.

I’ll pass comment on the penalty in the reverse fixture. Your player will say he felt contact and had the “right” to go down. I’ll call it pathetic cheating. Far too many do it these days. His spectacular throwing himself to the floor made me laugh, until the referee actually gave it. I won’t let you know what Steve said!

Have a go at our Lincoln City v Gillingham Quiz below: