Imps Sign Jorge Grant – “This could be another stunning season if these sorts of signings continue.” 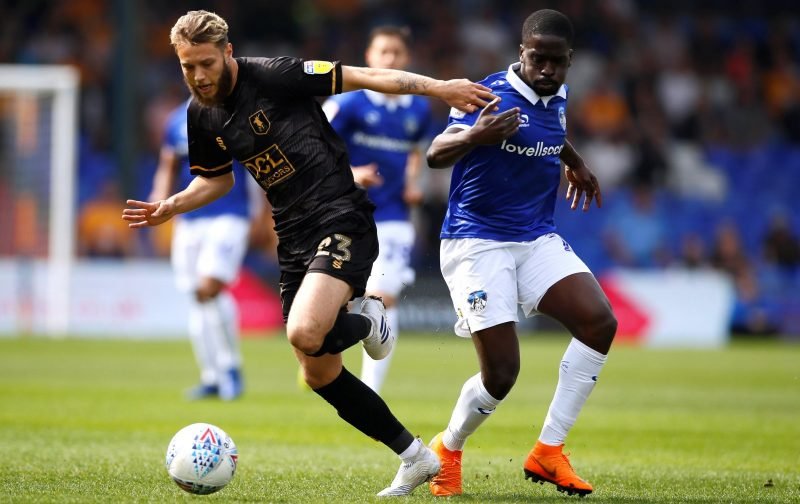 Yesterday afternoon The Imps announced the signing of attacking midfielder Jorge Grant for an undisclosed fee from Sky Bet Championship side Nottingham Forest.

The 24-year-old made his Nottingham Forest debut on Tuesday 12th August 2014 in the League Cup against Tranmere Rovers at Prenton Park. Forest went through that night with a 1-0 win and in the next round, they faced Tottenham Hotspur at White Hart Lane, which saw Grant score his first goal for Forest in their 3-1 defeat.

Since then, Grant has spent time out on loan gaining experience with Notts County, Luton Town and Mansfield Town.

Speaking on the Official Site, Danny Cowley said: “We are delighted to have signed Jorge, and thankful to Nottingham Forest for allowing it to happen, for them to trust us to take Jorge and continue his pathway.

He’s been at Nottingham Forest for a long time, they trust us to create the right environment and culture for him, and if he continues to develop and realise the potential that he’s got, then everybody wins.” 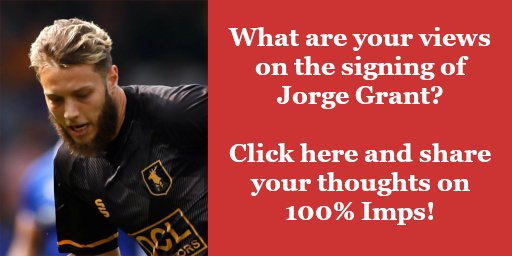 Interview: Jorge Grant On Signing For The Imps:

The Imposter: “Cracking signing. And surprised we have got him permanently. Hell, this could be another stunning season if these sorts of signings continue.”

Chesterimp: “Not your average beasts and monsters!

Don’t think we’re going to be seeing ‘typical’ Lincoln this season though like last season it will take the rest of the world time to recognise that. Evolution verging on revolution continues.

Interesting that Grant is a permanent signing – the Cowleys’ due diligence is always exceptional before handing out a contract so the perceived ‘attitude’ will have been closely scrutinised, I think we have a gem.”

Impish: “The Cowleys seem to get the right work rate and effort from the vast majority of their signings, bar maybe 2 or 3 they have brought in. Even players that have had bad injury records go on to prove the scouting and eye for the right type of player usually works.

For Danny to say he has been chasing Grant over several windows shows they know the type of player they are getting. I have read numerous comments about him being lazy, I very much doubt Payne who has had similar comments or Grant will be allowed to simply just wear the shirt without putting in the desired effort. Hopefully, that effort will match the quality the three new signings potentially have.”

Gaz_Imp: “Think of the 3 signings so far this is the biggest gamble. Don’t think Mansfield are being bitter, they questioned his attitude when he was there. Clearly has a lot of ability. Can’t see Cowleys standing for poor attitude, so leaning towards this turning into a quality signing, but see what happens.

Full back cover, centre half to replace Wilson and a forward or 2 as we only have Akinde and Rhead and think we are about there.”

Imps Sign Jorge Grant – "This could be another stunning season if these sorts of signings continue."https://t.co/MvcmAOkTMU#ImpsAsOne #ProudToBeImps #NFFC