Imps Sign Jack Payne – “Jack comes with a wealth of experience at only 24.” 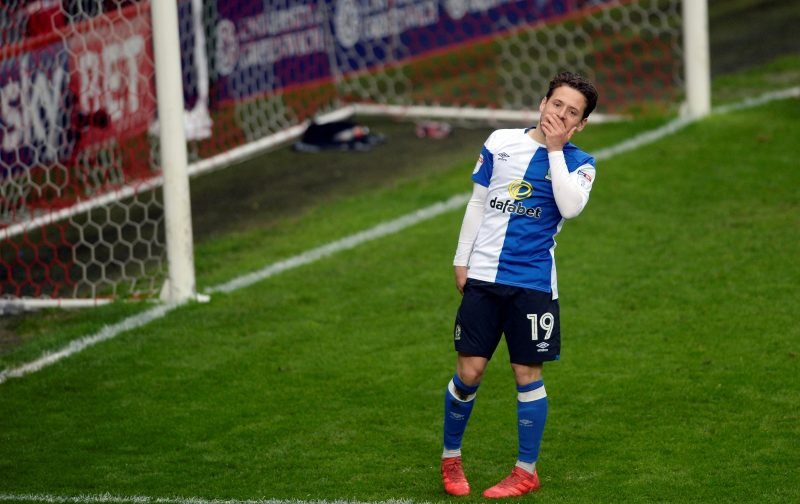 The Imps announced a few hours ago that 24-year-old attacking midfielder Jack Payne has joined on a free transfer, following the expiration of his contract with Championship Club Huddersfield Town.

Payne agreed to join The Terriers on 20th June 2016 from Southend United and signed a three-year deal, but because he was under the age of 24, Town had to pay The Shrimpers compensation. Payne was on the books at Tottenham Hotspur before joining Southend United at under 15s level.

He progressed through the youth system at Roots Hall ahead of making his professional debut in a Capital One Cup game at home to Yeovil Town on Tuesday 6th August 2013. Payne made one start and 14 substitute appearances during that season.

Payne became Southend United’s first player in the Club’s history to win the Shrimpers Trust Player of the Season, Junior Blues Player of The Season and Goal of the Season prizes at the end of the 2015/16 season.

He arrived at Huddersfield Town having scored 17 goals in 52 starts and 36 substitute appearances.

Payne played a key role in Huddersfield’s promotion to the Premier League in the 2016/17 season. The following season, he joined Oxford United on loan for the first half of the season, before joining Blackburn Rovers for the second half of their League One promotion-winning season. 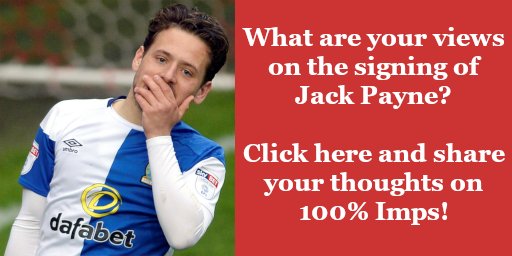 Interview: Jack Payne On Signing For The Imps:

hulloutpost: “Guess he is going to be able to cope with playing in front of 10k at SB. This, in theory, is another step up in signings. Be nice if he got the winner at Sunderland to complement that one he got at Newcastle. That was a calm unhurried finish in front of a lot of Geordies.”

sedgleyimp: “Happy with this signing. He was doing well at Huddersfield and was probably a victim of their unexpected promotion to the Premier League and clubs then buying in players from abroad as a consequence. Championship quality on his day.”

Rob the Imp: “Looks a decent signing – let’s hope it turns out that way. Goals from midfield will be a huge boon. Welcome, Jack!”

Imps Sign Jack Payne – "Jack comes with a wealth of experience at only 24.":https://t.co/TxgfWnpqRV#ImpsAsOne #ProudToBeImps #HTAFC