“He is ticking all the right boxes for me.” 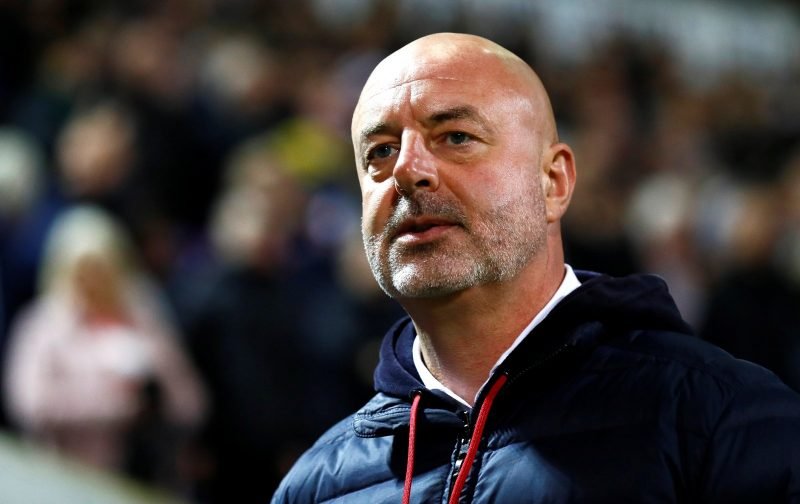 The last time The Imps faced today’s opponents Bolton Wanderers was on Saturday, 2 January 2010 at what was then called the Reebok Stadium in front of a crowd of 11,193. The Premier League side won 4-0 that day, but it took until the 49th minute to take the lead, thanks to a Moses Swaibu own goal. Just two minutes later, Lee Chung-yong made it 2-0 to the hosts, with Gary Cahill making it 3-0 in the 83rd minute and Mark Davies finishing off the goalscoring in the 90th minute.

First up, the answers provided by Mark:

How long have you supported Bolton Wanderers?

23rd in the Championship.

Very happy with him. A local guy, with a good track record at this level. He does make some odd statements though!

To play some attacking football, see some of our youth develop into first-team players and the reconnection between the team, the fans and the town continue to flourish. That said, I am realistic and I expect us to be relegated around February and see several of the current squad leave by the end of the season.

Politic (ours) & Verlinden (Stoke loanee) are tricky wide men and show a lot of promise.

You seemed to come up with real momentum and looked like an outside bet for another promotion until the Cowleys left. After your results against Oxford (wtf happened?) & then Sunderland (bravo!) I’m none the wiser.

We’re not scoring many but have tightened up a lot lately. I’ll go 1-1.

We were the first English side to beat Red Star Belgrade on their own patch. That seems like an awfully long time ago now.

Callum Connolly. He was one of the very few bright spots of last year’s disaster. Versatile, committed and the scorer of our last winning goal in the championship.

What are your proudest and most embarrassing moments as a Bolton Wanderers Supporter?

I’ve witnessed some great wins and performances in various places over the years but I’ve never felt as proud of the team as when we managed to cobble together a side of kids to play at Wycombe in front of a 2000 strong following on the opening day this season.

Embarrassing moments? Cancelling the Doncaster game this year via the media and not bothering with the courtesy of letting our opponents know. I think that edges out losing 0-4 to Scarborough in 1987. Just.

Adam Chicksen, a freebie after being released by Bradford has been a welcome addition.

We do. They’ve come in for a lot of criticism in the past but they conducted themselves well during the recent meltdown and won a lot of folks over.

Which was your favourite match involving Bolton Wanderers?

Probably the 4-3 win over Reading in 1995 to reach the Premiership. It was an amazing game, with an exciting team that had developed under Bruce Rioch reaching the promised land for the first time.

Which was your least favourite match involving Bolton Wanderers?

I’ve loads of those but probably the 0-5 capitulation against Stoke in the FA cup semi-final. That was a long journey home that day, I can tell you.

Do you have a Former Players Association at Bolton Wanderers?

I’m not aware of a formal set up but a few of the Rioch side are still involved in and around the club.

What’s the best thing about Bolton?

Miles of open moorland and countryside right on our doorstep.

Do you have any memories of the FA Cup game shown live on TV when the likes of Stubbs & McAteer played us off the park?

I do. We had a good side that year and got to the Quarter Finals knocking out the holders, Arsenal along the way.

When do you think the demise started in earnest? When Big Sam left?

Pretty much but then the debts were going through the roof each year even when we were finishing in the top 8 years after year. A club of our size were always going to be relegated at some point and it’s criminal that that eventuality wasn’t prepared for in my opinion.

As supporters how did you feel when the club called off the match against Doncaster earlier this season due to welfare concerns for your young players?

See above. Embarrassed. It was still looking likely that we were going to go out of business at that stage. I understand the reasons why we did it, but it was handled badly and we’re still awaiting the punishment from the EFL.

Would your famous team 12 years ago do a better job than what you’ve got at the moment at their current ages?

Undoubtedly. It was a privilege to watch players of the likes of Djorkaeff, Okocha, Campo et al. I love the current bunch though and it’s a nice thought to think some of the youth playing now might still be with us in a few years’ time.

Are you going to be punished for refusing to play games? Should you have been kicked out of the football league?

Yes, we are. I get why the EFL will want to make an example of us, although it does seem harsh on the current regime, players and supporters who are all blameless.

Should we have been kicked out? No way. Not unless we want a league of about half a dozen teams! Clubs do need to get their houses in order and perhaps what’s happened with us, and more so the tragedy at Bury, might concentrate minds a little better in the future.

Yes. He won back a lot of respect with the way he handled himself during the crisis, but it was the right time for both parties that he left and I wish him well at Sunderland.

Hobbs is currently injured but had started the season well and was playing a more passing game under the new gaffer that seemed to suit him.

Why are you called the Trotters?

No one really knows. There are stories of it being either a local delicacy or Trotting was 19th century speak for taking the piss.

Burnley are an established Premier League team but have managed it without overspending and putting their future at risk. It’s possible so where and why did Bolton mess up big time?

Burnley learnt from our mistake. We were regularly told that as our debt was owed to one man, it wouldn’t matter. He wrote off something approaching £170m but the ongoing running costs were unsustainable.