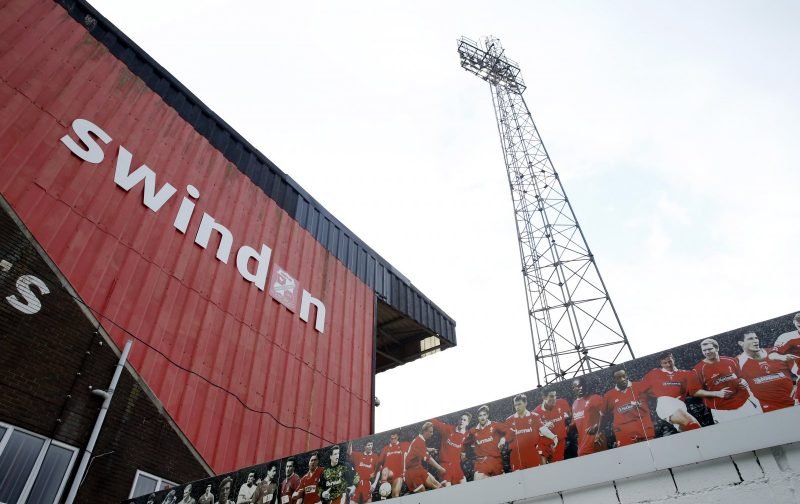 The last time The Imps met tonight’s opponents Swindon Town at The County Ground was on 12th January 2019 in League Two. The match finished 2-2 that afternoon. Bruno Andrade was sent off in the 34th minute and five minutes later, Jason Shackell gave City the lead. Shay McCartan scored the goal of the season in the second minute of stoppage time in the first half to make it 0-2. 10 minutes into the second half, Jason Shackell was sent off following Michael Doughty’s first goal of the game from the penalty spot in the 55th minute. Doughty made it 2-2 in the 88th minute, with City putting up one hell of a fight to come away with a very important point.

Ahead of tonight’s match, we have done a Q&A with two Swindon Town supporters, so thank you to Hannah and Rick for answering our questions. The answers have been published on two pages. To get to the second set of answers, press “Click here for the next set of answers!” at the bottom right of the page, or click HERE.

If you would like to get involved with the conversation on 100% Imps, you can join our Swindon Town v Lincoln City Match Thread. We have also published a Lincoln City v Swindon Town Quiz, which can be found at the bottom of the page! Every page view helps us raise money for the Football Club!

First up, the answers provided by Hannah:

How long have you supported Swindon Town?

I think it’s going to be a tough one for us this season. We’ve lost a lot of key players (e.g. Eoin Doyle, Jerry Yates and Steven Benda) and most recently our manager. I’m expecting a bit of a turbulent season, but if we can get players back from injury and keep them fit, I think we’ll finish around mid-table.

Matt Smith – our young loanee from Arsenal can make quick breaks on the counter and play the ball in to great areas.

They’re a good team and I expect them to be up and around the play-offs this year. They have some talented individuals and I’m excited to see how we combat their attacking threat.

It’s going to be tricky tomorrow, as Lincoln are up and around the play-offs, but we do seem to perform better against the top teams and they have lost their last couple. Hopefully, that ‘wobble’ continues, but I’ll go for 1-1.

Our motto, “Salubritas et Industria”, in Latin means Health and Industry, deriving from the history of the railway in the town.

Brennan Johnson – we need someone with pace, who can bang in the goals!

What are your proudest and most embarrassing moments as a Swindon Town supporter? (Same as favourite/least favourite matches)

Proudest – our play-off semi-final win at The Valley, the atmosphere was electric and winning the penalty shootout to take us to Wembley was the best feeling.

Most embarrassing – the play-off defeat to Preston North End in 2015 at Wembley. Enough said.

Dion Donohue – we’ve seen sparks of his technical ability and minus the off the field issues, he’d be playing in the Championship.

We have a Supporters Club AND a Supporters Trust. The former provides fan engagement in the form of fan events and the latter are focussing on the joint venture purchase of our ground at the moment.

Do you have a Former Players Association at Swindon Town?

I think it’s currently being worked on, but hasn’t yet been launched.

What is the best thing about Swindon?

The Magic Roundabout – unless you’re a local, good luck navigating that one!

I know it’s early days, but when the name John Sheridan was said as the new manager, in all honesty, what was your first thought? If he had arrived at Sincil Bank last September I’d have been very underwhelmed.

The appointment wasn’t met with the warmest of responses, but after such a successful year last year, any successor for Richie Wellens was going to face this challenge. After a rocky start, if Sheridan can keep us up at the end of the season, I think any ill-feeling will be forgotten.

This Country. Cringeworthy or Great as a Swindon fan?