Michael Appleton: “When you get that opportunity you’ve got to take it with both hands.” 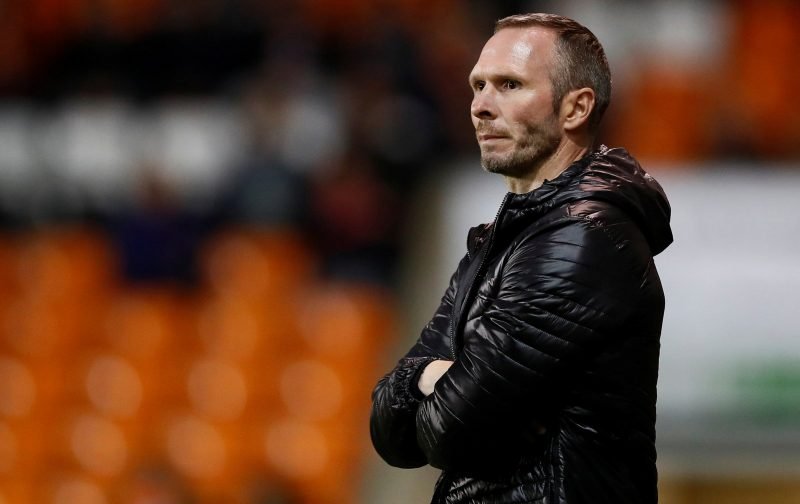 Ahead of the midweek Swindon Town fixture, Michael Appleton identified what the Imps need to do if the club is to maintain their current league position.

You can discuss what Michael Appleton said earlier today HERE, as well as many other topics on our 100% Imps forum! We have also published a Lincoln City v Swindon Town Quiz, which can be found just below the three things. Every page view helps raise money for Lincoln City Football Club!

Accrington: MA took the positive of the draw and clean sheet from the Accrington fixture seeing it as a “platform to work from”. Normally he would be absolutely delighted but ended up a little frustrated on the basis that once the opponents were reduced to ten men it meant the game was there for the taking – “When you get that opportunity you’ve got to take it with both hands”.

MA reflected that if The Imps want to remain anywhere near the current position they need to be – “A bit more clinical in the final third….cut throat to finish teams off and go for the kill”.

Swindon: John Sheridan likes his teams to ‘play’ and without giving too much away MA believes he has an idea of how Swindon will set up. It is a difficult fixture though as his counterpart will still be working out his best formation and 11 in addition to the usual boost with the players looking to impress the new manager.

MA gave consideration to whether or not Swindon having an experienced line up may give a physical edge to the Imps – “We have got a lot of energy in our team; we have got a bit of youthfulness that should see us through times and periods that we’re gonna (sic) go into over the next six weeks or so”.

Moreover, though, MA was confident that with the Imps attacking options his expectation for the team was not to draw a blank versus Swindon.

Fitness-wise he has not taken any new reports of injuries but conversely, he is not expecting any of the previously injured players to be ready for the game either. MA did tentatively have hopes of some other players coming into the frame by the weekend.

Jack Payne: MA gave a pragmatic overview of the circumstances that led to Jack moving to Swindon. His expectation is that players are required to consistently bring their talent to the fore on a weekly basis and there is only so much time that can be given to players or teams to do that. He felt that Jack was given an opportunity to prove himself to MA and others but respected Jack’s viewpoint that he didn’t feel he’d had enough opportunities – “That’s football….I don’t get too precious about things like that. If it works out great, if not move on”.

MA finished by saying that there were no issues with Jack – it was very amicable, and understood the reasoning for Jack wanting the opportunity to play football at Swindon; it made sense.

Financial Situation: The financial position remains unclear going forward. MA explained that if the budget remains the same then he has the option of maintaining the status quo by rotating loan players or could even freshen it up by sacrificing some players; allowing them to go out, thus enabling The Imps to bring in different players.

Alternatively, if the situation improved and finances were to become available, MA has already identified the players that he knows would improve the team to make ‘us’ better – “We are ready whichever way it goes”.