“Thank you, Danny and Nicky and good luck.” 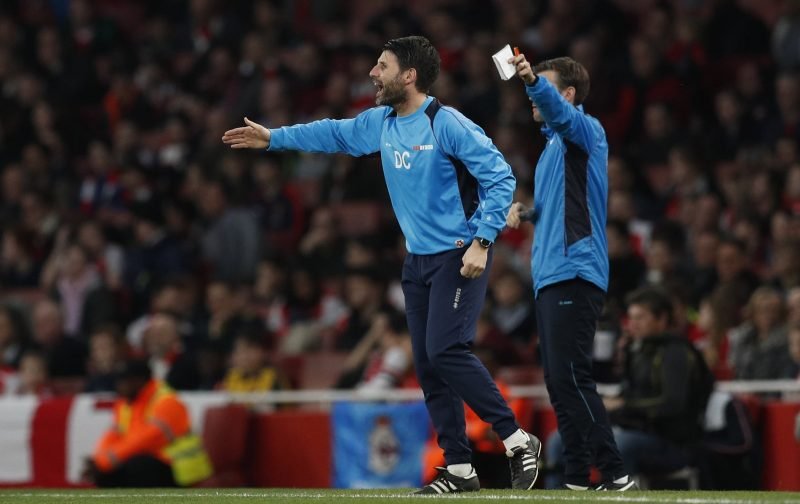 Views from Joseph Lovett following today’s news that Danny and Nicky Cowley have joined Huddersfield Town: “I’m not ashamed to say it, I have a tear in my eye.

I’m devastated that they have gone, and though slightly surprised they’ve elected for Huddersfield, can, at the root of it, understand why they opted to move on. They’ve always said they are ambitious and want to manage at the highest level of the game, this will be another step in what will continue to be a fantastic career. This is a life-changing move for them and their families. Huddersfield will be a challenge, but we all know it is one that they are more than capable of taking on.

Danny and Nicky thank you for saving my football club and bringing the best 3 years of football this club has ever seen. The club is indistinguishable from the one you took on. It is so hard to pick out the best memory from their tenure. I know in years to come I’ll still be talking about the game against Ipswich, Burnley, Arsenal, Macclesfield, Coventry, Everton, MK Dons and Fleetwood with so much pride. More than managers, we have been so lucky to have two fantastic gentlemen. Such honest, intelligent, community-orientated men.

It’ll be weird not having them shouting on the sidelines and guiding our beloved Lincoln City. However, the club is not dead we have been left in a brilliant position with the best squad I’ve ever witnessed. The next manager choice will be key and I strongly believe Clive and Co will make a great decision for the club. Whoever they are, we must support them. It is critical that all the hard work the Cowleys put in doesn’t go to waste.

Thank you, Danny and Nicky and good luck. I’ll forever keep an eye on their progress, which I know will be right to the top.”

German Imp: “Yep, nice message, I hope they go on to bigger and better, they deserve it.
As a Lincoln supporter they have given me experiences I could only have dreamed of. Best of luck in all that you do in the future, I for one will be keeping an eye on your results.

Barney Imp: “Danny and Nicky have wrought the most complete change of the club from one in decline to one that is on an upward wave.

Club, fans, infrastructure and expectations are vastly improved over three and a half years ago.

They go with my very best wishes for all that they do, despite, selfishly for me and the club I would have loved for them to stay.

Casper Imp: “Very classy message and great till the end best of luck Danny and Nicky.

We can all say we witnessed it the best years of supporting the Imps in living memory. All things come to an end I am more than sad that our great run has ended with them and the end of an era has passed.”