“In the first half, we were half asleep and you just can’t be like that against Wycombe.” 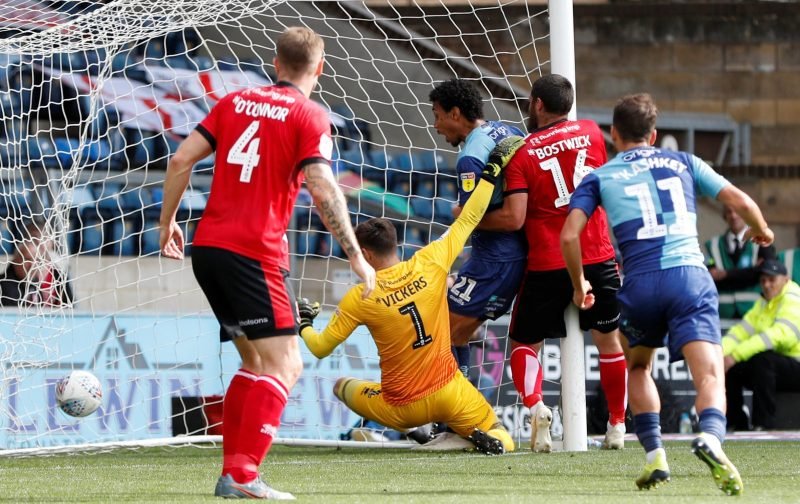 Views from PerthImp following Saturday’s 3-1 defeat away at Wycombe Wanderers in Sky Bet League One: “Every now and then you witness a game where you can only say WTF! That was definitely one of those. In the first half, we were half asleep and you just can’t be like that against Wycombe because you know they are going to be physical and skilful. Jacobson was superb for them and I am convinced that his two corners were training ground corners which we fell for, or simply were asleep for. Biggest comment has to be reserved for the officials. So far this year they have been really good. This was back to NL standards, or worse. Sarginson was absolutely shocking. He had nothing to do in the first half but when he needed to take charge and be decisive in the second half he just bottled every decision, missed so many Wycombe shirt pulls and blocks, and somehow gave Wycombe FKs when they were ours. The worst decision was for our goal where, I have to say it, the ref should have blown to stop the game because of head injuries, but didn’t. At least we get a week off to regroup before next week. Up the Imps.”

Riiiiik: “Bad day at the office. We knew it was going to be hard this season, we’re better having an off day against a team that were going to be difficult to beat anyway. We regroup and go again. Trying to think positively.”

Brendan Bradley: “”Okay so they scored a free-kick and two goals direct from corners.

That doesn’t tell the story. Throughout on commentary, I kept hearing how the first half was a “nothing game” apart from the goals. Not so. It was from us, we were terrible but Wycombe were in total control and they had other chances in the first half. We were lucky we weren’t 3 or 4 down.

After the changes at half time, it got a lot better, until the goal. The referee knew he’d made a mistake allowing play to go on so spent the rest of the game making it up for it – unforgivable for an official.

Not that I’m blaming him for the result either, because even after that Wycombe had a host of chances to score. It was like the Keystone Kops at the back some times and I can’t understand why Thommo thinks anyone at the back was “immense”?

It was full pelt in the second half but I didn’t enjoy it. It was a game with a lot of effort but riddled with basic errors by all the participants and in all honesty, Wycombe could, and should, have won by a bigger margin – and they deserved to.”

Imps2018: “Well that was disappointing. First game i’ve got to this season.

I don’t think we were as bad as made out here and instead they were fantastic at what they do. They have 1 plan and that’s all they needed today and they did it well. It was like watching 2017-18 us.

Their goals – Vickers too far across and caught cold, not really sure what happened and then a joke goal to concede.

Our goal – if the game wasn’t played by 22 honest men would never have been given. Unfortunately, because of how football is now the referee didn’t blow. The player goes down in his own box to relieve the pressure we’ve all seen it. Looks like the player is fine and it was just precautionary which is good.

Ref – until that incident I don’t think he was too bad but couldn’t get a good angle on a couple of decisions because of location in the ground. Once he made that mistake, you could have called it. He gave us nothing. Not sure Walker was offside, Akinde definitely wasn’t. Walker took out from behind when he’s almost through not given. Akinfenwa could do whatever he wanted and they just had to sit down to get a foul.

We lost the game ourselves, the ref just gave us no chance of getting back into it.

The biggest disappointment was the fans. The streams who went to shout at Bolger as he was warming up after the 2nd was a disgrace. We turned on our team today rather than get behind them when they needed us. The amount of shit shouted was laughable. People giving up to put tweets out abusing our players. I left as soon as the whistle went because if I was DC I wouldn’t have applauded the fans and I didn’t expect him to. Even on here, I know most mean it as a joke but saying Cowley out is not always coming across as a joke on days like today. There were a couple of shouts today telling him to f*** off to Sheffield. Something he doesn’t want. DC will be seething tonight and quite rightly.

Our trouble today was our options at CB. To beat them, we needed to drag them out wide. Toffolo and Eardley couldn’t get forward however because Shackell and Bostwick aren’t comfortable facing lacy wingers as Wycombe have. We need a LCB for a back 3/5. 2 holding mids were a waste because they weren’t pushing us. I would have changed to 3-5-2.

Walker and Akinde were decent together though. I thought Bruno was very good. It wasn’t the end of the world but not good.”

"In the first half, we were half asleep and you just can't be like that against Wycombe."https://t.co/Xd72Wby9OB#Chairboys #ImpsAsOne #WYCvLIN