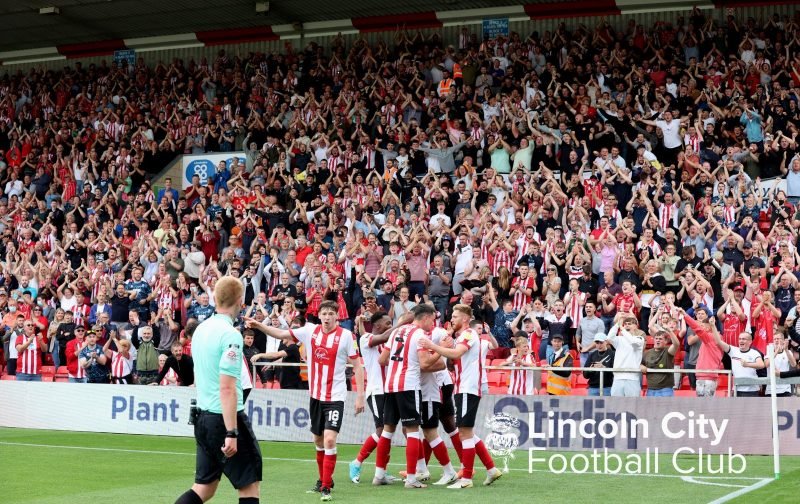 Views from PerthImp following Saturday’s 2-1 win at home against Fleetwood Town in League One: “Well, that wasn’t overly enjoyable until the substitutions. Bishop is pure class – two games and two superb performances. Hope he has a massive season for us and can maintain his fitness. The one that surprised me was Adulekan – not been overly impressed with him so far, especially his fitness and sharpness, but once he found his feet today and got the range of his passes he was excellent. Played a very free role but that is partly what confused Fleetwood I suspect – they weren’t sure quite what his role and position was. Almost forgot Scully – two superbly taken goals 👏. I’m sure MA will have a lot to say to the players between now and Tuesday, but at least they responded and showed the character from last season. Think the crowd played their part as well 👏👏. Onward and upward Imps.”

More views from our Match Thread:

Brendan Bradley: “That was a very good result considering it wasn’t really deserved on the balance of play.

Because of the disrupted pre-season, it’s like we haven’t even started properly and there’s a lot of imprecision in the passing and especially those (overused today) long switches of play. We were very careless at the back, especially in the first half.

Adelakun still looks a bit clumsy so far, but potentially dangerous, and Bishop was Grant-like when he came on.

The first goal we scored was real quality, out of keeping with the overall showing, but the way the penalty was conceded was high comedy, what the hell was their defender doing? Even if he’d arrived at the ball on time he would have still clattered Edun.

We can be very inventive going forward and showed some flashes of it. Fleetwood played well and correctly, but without the feeling they could do too much exciting with the ball. I expect Morton will do quite well for them as he’s more suited to a style of play where the ball goes into space and he can run onto it and with it.”

Skip155: “I agree with the general feeling of the thread having just read through it. Poor first half and a couple of decent saves probably kept us in it. I’d have to see the FK again but I’m not blaming the keeper – really good strike I thought and credit their player.

The second half was better and I imagine we’ll want to play like that but probably faster. As the game went on we upped the pace a bit rather than earlier in the match seemingly either nothing on or a lack of decisiveness. It is a work in progress though and every match at this stage is an opportunity to evolve on the training ground afterward.

Bishop and Bridcutt could be a frightening partnership and McGrandles work rate stood out I thought.

Impalex: “Well, what a game of two-thirds/one-third. The first sixty minutes and we really weren’t at the races, off the pace, lacking that incisive pass and missing out on what few chances we created but the last thirty minutes were exceptional. Edun and Scully worked so well together for both goals. A great start to proceedings at home and a big mention to the wonderfully raucous home fans.”