“I am not a great fan of the likes of Liverpool or Leeds, but it would be totally wrong if they were denied their respective titles.” 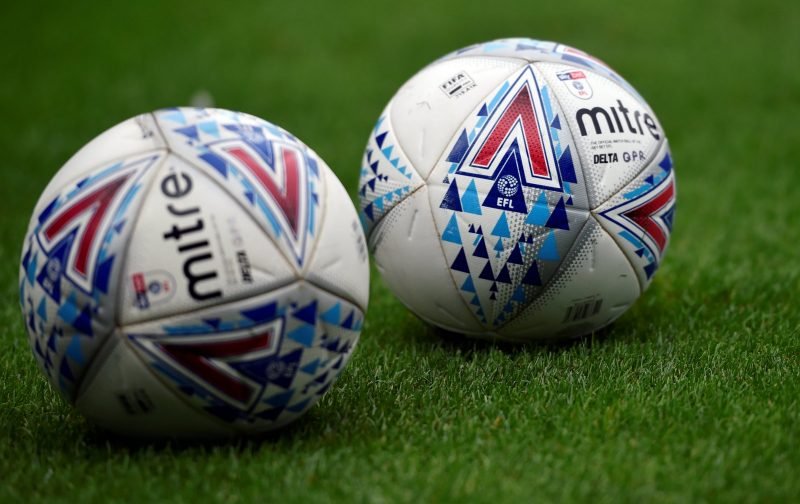 We don’t know when we will be watching live football again and today we should have played our final League match of the season at home against Rochdale, so we have to do what we can to keep things ticking over on 100% Imps and the Front Page. We’ll be doing Q&As with our members and anyone else that would like to take part over the next few weeks. So, if you’d like to put yourself on the spot, please email lincoln@vitalfootball.co.uk.

I spent a fair portion of my childhood and teenage years in Belgium, my grandmother lived in Brussels (I prefer to call it Bruxelles) and then I lived and worked in Dunkerque in northern France. I soon learned that there was a great deal of rivalry between the French and the Belgians, mostly involving humour; it is a bit like the English and the Irish. To answer your question though, no, not stupid but darned good at making chips and beer!

Good question, well-phrased; ‘non’ would be my short answer!

Given your wife’s well-known proclivities, how did you avoid becoming a Chesterfield supporter?

You have a good memory. Yes, my wife is from Chesterfield but that is as close as I ever got to becoming a Spirerite. I do look out for their results, though, and am just a bit sad that they followed our path into non-league. It will be a while before they get back, I reckon.

Bearing in mind the pronunciation issue with the name Jorge – are you, Imp Alex, I’m Pale X, I’m Pal ex, Impale X, or something completely different?

Impalex is a combination of my third Christian name (Alexander) and the fact that I am an Imp. I like the ‘Impale X’ best as it reminds me of Vlad the Impaler!

Are you in the know?

I am not as ‘in the know’ as many others profess to be, although, as with a lot of people, I do get the occasional snippet of news which, if I believe it, I sometimes pass on.

Not seen any “you must do better” posts from you recently so I presume that we must be faring pretty well in our abilities with the written word. There must be one or two posters that still make you gnash your teeth (no names no pack-drill), but on the whole how would you rate out of ten our abilities as a totality.

I was expecting a question about this. I appreciate that I can sometimes be pedantic with regards the use of our wonderful language because I taught in a secondary school for the last 20 years of my working life and it used to irritate me when I saw the same mistakes cropping up time after time in school. The problem these days is that the commonest form of communication is the written form because so many people now use social media and the place is littered with misspellings, grammar and punctuation errors. As for a score out of 10? Well, it is not as bad as Facebook, so I will give you a collective 7.

When did you first start watching the Imps and why? For example, who introduced you?

As with most people, it was my father who introduced me to football and, particularly, Lincoln City. He had followed them since the end of the war and took me to my first match in March 1963 when I was 8 years old. Many on here will know it was that fateful, much-postponed FA Cup Third Round game Vs Coventry City. Even though we lost heavily, I was hooked. I was soon to play for my primary school team, Our Lady of Lincoln, and when told I’d be playing at right half, I felt pleased that I knew exactly where that was on the pitch, thanks to having watched the Imps; most of my teammates didn’t know where to position themselves! I remember thinking I could become the new Bunny Larkin who, at that time, sometimes played right half for the Imps. Did you know that he became the very first Imps player to be substituted?

What are your fondest memories supporting the Imps through the years?

Well, I have so many I could almost write a whole chapter on this, but I will cut it down to three.

1) The 8-1 win Vs Luton Town made me realise that sometimes things can go right! Even though we finished bottom of the whole Football League that year. I will never forget one of the headlines in the Football Echo that night “How WE scored” instead of the usual “How they scored.”

2) Fast forward to 1976 Lincoln City 5 Doncaster Rovers 0 – my first taste of promotion. To have been in the Clanford End that day was just magical.

3) Having my son (then 7 years old) appear on the pitch as mascot on Easter Saturday 1998 as we smashed Peterborough United 3-0!

Have there ever been any green-eyed moments where you wished you supported Peterborough instead of the Imps?

Yes, whenever they appeared at Wembley Stadium because we had never played there. Now that we have, mind, I do not care anymore! I guess you also have a good memory, like Scotty, and are aware that I have lived in and around the Peterborough area since 1971 and that my son-in-law and grandson are both season ticket holders at London Road.

What’s your favourite memory of any Peterborough – Imps matches?

February 1972 Posh 4 Imps 4 springs to mind. I seem to recall Dixie McNeil played that day and scored twice? A second most enjoyable occasion was as mentioned above when my son was mascot. However, the top memory has to be the game played on 23 December 2006, the ‘Amoo’s on fire’ game, where son and I in our Imps tops, were sat having a pre-match pint or two with aforementioned son-in-law in a pub full of Posh fans, We returned after the game, too! What a feeling that was.

What would your preferred way to end the 19/20 season be?

Cracking question, mate. I would prefer it to be played to a conclusion, even if that meant playing behind closed doors. Failing that, it would be wrong just to make the season null and void so I would go for the average points-per-game to be used. I am not a great fan of the likes of Liverpool or Leeds, but it would be totally wrong if they were denied their respective titles, Liverpool especially. As for Bolton and Southend, they deserve to go down!

"I am not a great fan of the likes of Liverpool or Leeds, but it would be totally wrong if they were denied their respective titles." - Do You Agree? 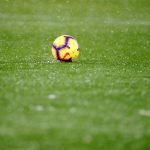 "I am not a great fan of the likes of Liverpool or Leeds, but it would be totally wrong if they were denied their respective titles."https://t.co/n43DxVlzG1#LFC #LUFC #EFL pic.twitter.com/0yoxM4nAfA

"I am not a great fan of the likes of Liverpool or Leeds, but it would be totally wrong if they were denied their…