Retained List: So, Who Will Stay & Who Will Go? 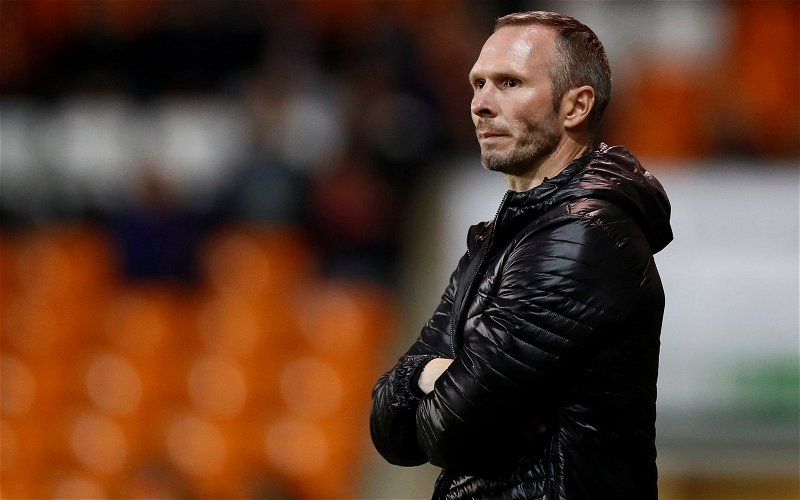 We go into today’s match knowing that Barnsley, Derby County, and Peterborough United will be joining us from the Championship and Forest Green Rovers and Exeter City will be joining us from League Two, with two more to come via third and the play-off winners, but which of our players will be lining up against those sides next season?

One of our members, mikeosullivan, started the following discussion a few days ago: “From MA:-

“For us to be better, to get better, there maybe has to be double the amount that leave compared to the amount that come in. And maybe one or two young players might have to step up to the mark and come into the first-team environment. They’ve done it sporadically this season, they train with us quite a lot. There’s a lot of things and a lot of movement that has to happen this year for us to be better next year.”

We won’t know for a few more weeks, but for what it’s worth, here’s my take for next season’s squad:-

Centre Backs – Poole, Montsma, Roughan, one of Jackson or Walsh

Midfielders – Bridcutt (only if its pay per game)

In Contract But Should Be Released/Transfer Listed: Bishop, Sorenson, Adelakan, Maguire, Sanders

That would allow us to bring in 4, assuming we can move on at least 5 contracted players plus the 3 out of contract. We are severely short in midfield – where we desperately need huge changes anyway – and probably need another right back and wide player too.

Selling Scully might of course be on the cards, and Hopper seems to be in the MA bad books at present (along with a few others).

I would definitely give McGrandles a new contact, but with his partner already back in Scotland, I can see why he won’t stay.

What are everyone else’s views?”

More views from this thread:

sedgleyimp: “I think that is largely in the ball park of what I expect though we know that Maguire won’t be sold and bar last Saturday Ted Bishop has had a very decent season considering he’s been asked to fill in all over the pitch so I actually hope he stays and gets a proper run in his best position, which is that which Fiorini has excelled in at the end of this season.

We will look to move on those who have barely featured since the turn of the year despite us having so many injuries. The fact that House played in midfield ahead of Sorenson in the past couple of weeks was a clear indication of where his position is in the scheme of things. Adelakun clearly is so out of favour and Sanders has probably not taken that chance that was presented to him. If Sanders stays though I would be fine with that.

I also agree about McGrandles. If it was a purely footballing decision getting him signed on again is a no-brainer, but with his family being back north of the border I expect he’ll be on the way and that’s a decision we all get and respect.”

hulloutpost: “Due to having a number of contracted players that we may be both looking to move on but struggle to do so, I suspect that contract renewals for the likes of Jackson and Bridcutt may be unlikely anyway. I have a sneaky feeling Jackson may just get an offer as he was very unlucky with the concussions and he does seem to be a ‘go-to man’ for MA in terms of his physicality and competitive qualities – aspects we appear to be regularly struggle in.

I wouldn’t be surprised to see one of Scully and/or Poole sold in this window. If Poole goes then that increases the chances of Jackson being retained.

McG is an interesting one. The timing of his injury was appalling for him personally and very sad to see. Will it stop him being able to get a club well into the Autumn? Would we offer him a contract given his proven excellent attitude and consistency, in order to tempt him with security? Would we avoid that option if we knew (speculation only) that he wanted to move ‘home’ and his heart wasn’t really set on staying in Lincoln? Whatever happens, he can hold his head up high for his efforts over the last two seasons and I hope he gets a timely and positive outcome.”

Retained List: So, Who Will Stay & Who Will Go?https://t.co/IsFuT3m3NT#ImpsAsOne