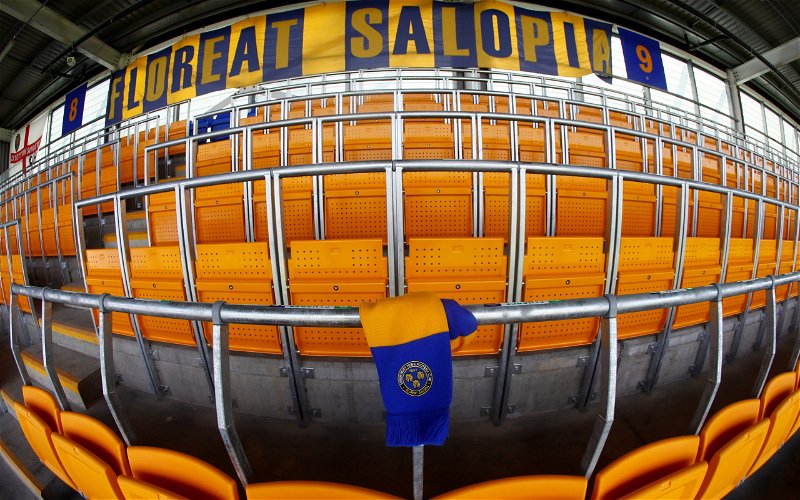 The last time The Imps played tomorrow’s opponents Shrewsbury Town in a League match at New Meadow was on Tuesday 27th April 2021. City won 1-0 that night thanks to a goal scored by Jorge Grant in the 11th minute.

Ahead of tomorrow’s match, we have done a Q&A with two Shrewsbury Town supporters, so thank you to Martin (@salopiankillie) and Dave for answering our questions! The answers have been published on two pages. To get to the second set of answers, press “Next” at the bottom right of the page or click HERE!

If you would like to get involved with the conversation on 100% Imps, you can join our Shrewsbury Town v Lincoln City Match Thread. Every page view helps raise money for Lincoln City Football Club!

First up, the answers provided by Martin:

He’s like marmite. You either like him or you don’t. Brutal in post-match interviews and comes across as a harsh character. He doesn’t like a massive squad, but he knows what type of player he wants and the ones he has tied to the club have been great.

Hopes were to finish 12th and above but now safety is all but concluded carry on our strong end to the season and try and go undefeated.

Leahy and Udoh are the main goal threats going forward but one to watch is Fornah on loan from Forest in the middle. Dictates the game and plays like a young Vieira. Nurse on the left and Bennett on right are also a threat with their constant running up and down each flank providing crosses for the front men.

Which teams do you think will finish in the top six in League One?/strong>

Similar to Shrewsbury. A team that has the potential for much more with a very supportive fan base and a good community base.

Bobby Charlton played his last ever match in a charity game at the old Gay Meadow.

Anthony Scully. Likes to play off the strikers in that hole as a number 10 something we lack.

The Proudest moment as a town fan would be bouncing straight back up from the conference at the first attempt. Also beating Everton in the cup.

Most embarrassing would be after this season’s cup tie away at Liverpool where certain individuals tarnished the club with their behaviour towards the families of the Hillsborough tragedy.

Shaun Whalley. 250 Appearances for the club and has scored so many crucial goals over the years. Criticised from a certain section in the past but always gives his all.

We have a Supporters parliament where meetings take place regularly between fans and club. This gives fans attending and not attending a voice where they can be heard and where potential things can be discussed or ironed out to make improvements engaging the club and fans together within the local community as well.

Nothing gets better than that night at Milton Keynes hockey stadium in the 2007 play-off semi-final. What a day and night!

Without a shadow of a doubt the Rotherham 2018 play-off final defeat. That hurt more than most after the season we had and was minutes away from the shootout and possible Championship football.

Recently ex-players and friends Sam Aiston, Dave Edwards and Gavin Cowan have joined forces and created a podcast inthestiffs so give it a listen.

Who do you consider to be your local rivals? Historically/geographically I’ve always ‘grouped’ you with Chester, Wrexham & Hereford. All of which have seen better days!

Local rivals most recently are probably Walsall but my favourites were always the Wrexham away due to the Welsh/English border banter. Hereford was also good for years.

What proportion of the ground is now ‘safe-standing’ and as a fan would you prefer open terraces?

Behind the goal top section block 9. South Stand make a great atmosphere on matchday and the flags are great as well. Even one of Marvin Morgan who sadly passed away recently.

You have had two terrific results against Morecambe and Rotherham in the last couple of matches. They stand out as probably your best of the season. Has there been a reason for that, i.e., a change of formation, tactic, etc… or is it just a case of a couple of games where it has just fallen right?

The formation has been the same I just think things have really started to click in attack. We have created the chances and looked like giving a team a hiding but due to confidence, good goalkeeping, and poor finishing, we have fired to many banks. 3rd best defence in the league shows where we haven’t struggled this season but just the 32 goals before those 2 games mentioned are the reason we have spent the season in the bottom half. Next year could be different.

Have a go at our Lincoln City versus Shrewsbury Town Quizzes, published last season (they were all correct at the time they were published): 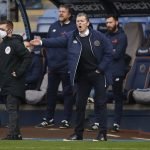