JL: “His goal was sensational” 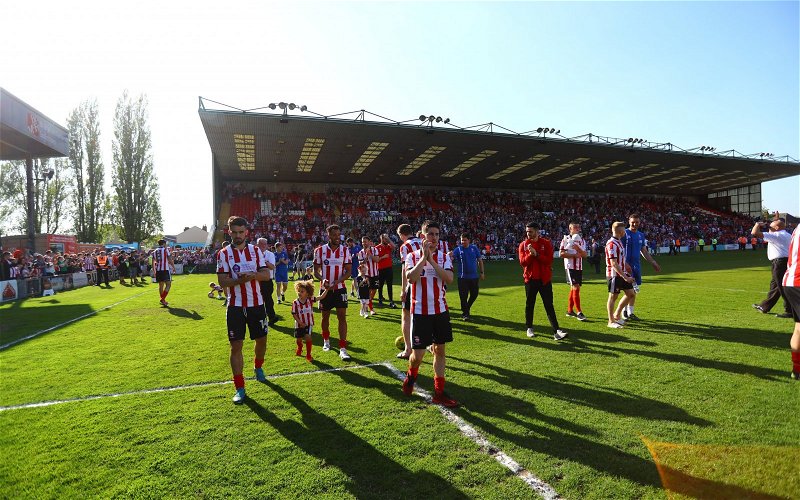 Views from Joseph Lovett after Saturday’s 1-1 draw at home against Yeovil Town in League Two: “Not the sort of performance you really want heading into the playoffs, but at least we are there.

The first half was up there as one of the worst under the Cowleys. It felt like a pre-season game full of players that had never played with each other before. No one really seemed to be doing their role, simple passes were missing their mark, no one was moving into space, we lacked width, set pieces were ineffectual and it was a very one-dimensional plan. Other than the penalty miss I can’t really remember us having a chance and we can consider ourselves a bit lucky to only go in at halftime only one down. I still don’t really know how their goal came about and I’m still trying to work it out from the replay! I’m not sure if it was down to the occasion and the players being nervous? Yeah, we’ve been in big games before, but, often we were the underdogs. Maybe that added expected pressure unsettled a few people.

Second half we came out far better, with more intent. Cowley’s words work again. Admittedly we didn’t actually create an awful lot, but we were knocking on the door. In my opinion, the big change was bringing Anderson in. He offered us pace, width and directness. When Pett came on I, like everyone around me, was wondering why he was brought on. Boy, he proved us wrong. His goal was sensational. The way he quickly moved the ball from his on to his right foot and the technique of the finish was amazing. I genuinely thought it was going wide, but he somehow managed to bend it right in the top corner.

Following the goal, the referee may as well have blown his whistle. Both teams were happy to take a point. If I was a Yeovil fan I would have been livid. Even at 1-1 with 5 to go, they weren’t pushing for a goal (suited us!). To travel all that way and see a half-hearted performance like that at the end of the game would have been very disappointing. I was very worried when Eardley went off, hopefully not too serious. He may not have his best game, but he’s still a cut above the rest. Bossie, Woodyard and Rhead all did their jobs very well.

I think these games highlight what we miss without Habergham and Frecklington in the team. The former is very good at knowing when to get forward down the flank and is solid at defending at full-back. Freck is very good at creating space in the middle of the park and playing balls across the pitch which is key to how we play. Also, he’s always there to play a simple one-two from a throw-in.

Whatever happens from here, what a fantastic season it’s been!”

Snats: “Limped over the line but it’s amazing that we were in a position to be able to do that. Listening to Danny on Radio Lincs after the match it strikes me how much we’ve overachieved this season, we lack the resources or squad depth of our main rivals but character and willpower have seen us through.

Fitting that Pett should get the decisive goal today. Every player in our squad is important and he came good when it mattered most.”

Brilliant from @LincolnCity_FC to make the play-offs in their first season back in the @EFL. Anxious afternoon but fantastic first goal for the club from @Pettzsta to settle the nerves. Looking forward to getting over next week for the play-offs. #ImpsAsOne

Scotimp: “Luke is right, nothing fell for us all afternoon. Every loose ball and deflection seemed to end up with a Yeovil player.

Yeovil were a terrible side, total rubbish. The only player they had worthy of the name was the lad who scored – and then dived up in the air like a salmon in the second half. The goal was a complete sclaff too – how did that end up in the net?

Great goal by Pett, great technique. Awful penalty by Green, poor technique. His run-up was only just not from the Ministry of Funny Run-ups, marked by poor poise and body language. Quite how he missed the rebound is beyond me, my granny could have scored. Let Palmer take them from now on.”

On the pitch, the Imps weren’t brilliant by any stretch of the imagination however they found a way. For me good teams do that, we did it against Colchester and now Yeovil.

Posted by Vital Lincoln City on Tuesday, 8 May 2018