“I’ve got a feeling we will claim the last playoff spot.” 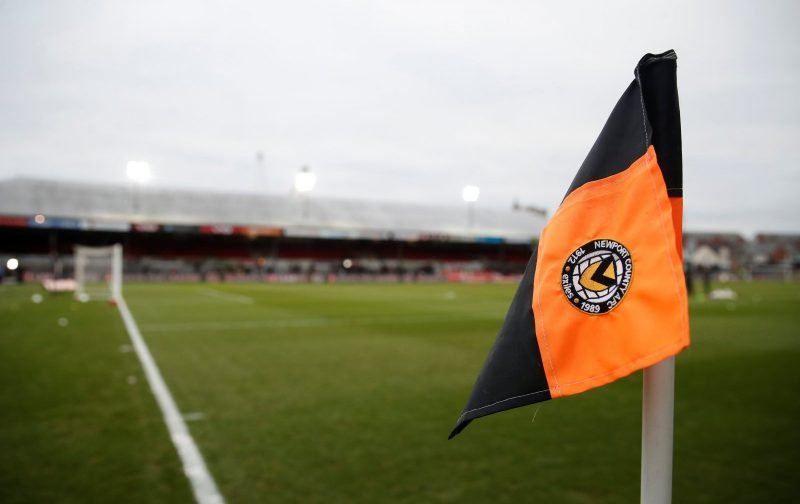 When The Imps faced today’s opponents Newport County in December, it was a bit of a Christmas cracker in front of a crowd of 8,632 at Sincil Bank. It finished 3-2 to The Imps that day. City were 2-0 up after 7 minutes, with goals from John Akinde (3′) and Harry Anderson (7′). Padraig Amond pulled a goal back in the 45th minute. Tom Pett made it 3-1 to The Imps in the 67th minute before Padraig Amond hit back again in the 77th minute. Despite throwing everything at The Imps, the hosts managed to hold on and pick up a vital three points.

Anyway, time for the Q&A. Thank you to Newport County supporter Jim for answering our questions!

How long have you supported Newport County?

Last season we finished mid-table. Off the top of my head, I think we were 12th, with a good Cup run holding Spurs and beating Leeds.

Flynny our gaffer is a Newport boy. He’s done a great job and given freedom of the City after keeping us in Football League after the great escape. What a run!

I was hoping to beat last season so 11th upwards. We have a very small budget.

Regan Poole. Manchester United bought him from us in 2015. He came back on loan in January 2019. He’s a class above. Also Joe Day, the League Two goalkeeper of the season.

Who did you think would finish in the top 7 at the start of the season? And how do you think it’ll finish from 2nd to 7th?

I thought yourselves, Bury and Notts County would be there or thereabouts, so Notts County is a shock. I’ve got a feeling we will claim the last playoff spot.

Who did you think would finish in the bottom 2 at the start of the season? And who do you think will go down now?

At the start of the season, I thought Morecambe and Macclesfield Town would struggle.

Lincoln have had a great season and now a good crowd base. Where did they all come from?!?

Think we will beat you 3-1. I’m hoping your players are on the beach!!

Frank Carson was once a director of Newport County!!

Don’t think we could steal anyone from your squad the wages you’re paying!

What are your proudest and most embarrassing moments as a Newport County Supporter?

The proudest moment for me was beating Wrexham in the playoff final.

The most embarrassing moment was probably losing 6-0 this season to Yeovil. A dreadful performance.

The most underrated player is Joe Day. He could easily be in the Championship.

Yes, we have a Supporters Trust and I lead the collection to buy about a thousand shares on behalf of our message board.

Which was your favourite match involving Newport County?

Beating Wrexham in the playoff final.

Which was your least favourite match involving Newport County?

Losing 6-0 to Yeovil this season.

Do you have a Former Players Association at Newport County?

Yes, we have an ex-player association. It is run by author Andrew Taylor.

What’s the best thing about Newport?

The best thing about Newport is the people and our team.

Generally speaking, is Cardiff your first club you support? Do you get many of there players on loan etc?

Now we are going to fall out even mentioning Kardiff. See, I can’t even write the name.

Does sharing your ground effect the pitch and is that an advantage for you?

Our pitch really isn’t an issue. It’s really good having 3 teams playing on it. Have you seen Wembley when Spurs played there?!?

Cup income must have been substantial, how has/will it be used?

Cup income is really taken up with running costs. We have no assets.

Would you prefer to be a bigger fish in the Welsh leagues?

You can stick your League of Wales. Sorry, not for us!

Will your players give us a guard of honour as we come onto the pitch?

I’m hoping you have a guard of honour. It’s the right thing to do.

Has your Cup run hampered your PO ambitions? You dropped in the table, but was that more down to games in hand or did performances dip slightly around the bigger FA Cup games?

Our Cup run was fantastic but I think we can reach the playoffs.

"I've got a feeling we will claim the last playoff spot.":https://t.co/VqX0lrDeGb#NCAFC #Exiles #ImpsAsOne