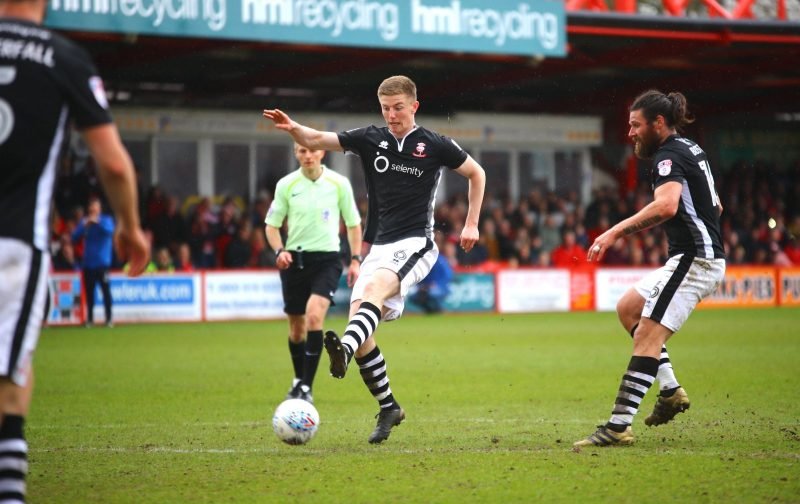 Post-Match reactions from the Match Thread:

NottyImp: “It’s going to be one hell of a game at SB next Saturday!”

Skip155: “Easy to say when you’re not there but I think we shouldn’t let a narrow 1-0 defeat away at the Champions get us too downhearted.”

hulloutpost: “A bit disappointing today but no worse than that. Accrington defended well but the only thing they had over us was their ability to press aggressively and seemingly had three and four players around the ball every time they lost possession. That was the only difference between the sides and we were the better team second half. If Greeny hadn’t have slipped at a crucial time we would have got the equaliser. They carried less of a goal threat than us and scored only when the ref allowed two blatant handballs in the passages of play preceding it. On another day either handball would have been given and we would have cleared one of their few spells of pressure. Were we good today? Not really but then again we should have had a draw at the home of the Champions so I’m quite philosophical. I know whose position the Mansfield fans would be in.”