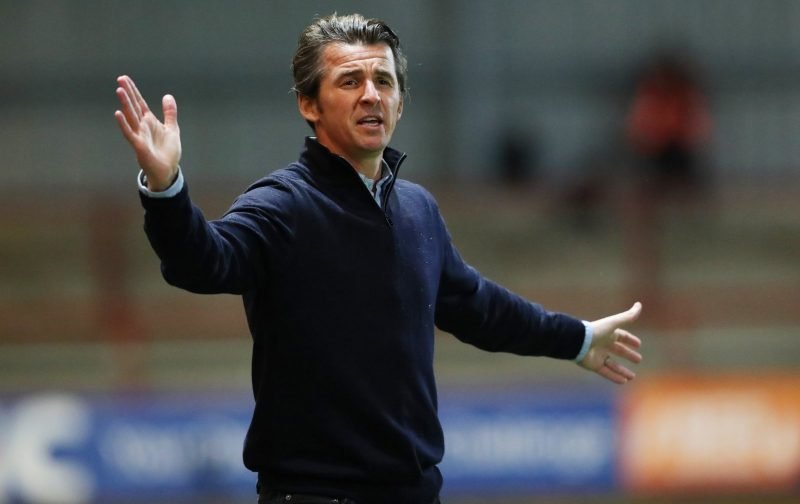 The last time The Imps played today’s opponents Bristol Rovers at The Memorial Stadium was on Saturday 7th February 2015, in front of a crowd of 6,528. This match was refereed by Lee Swabey, and the hosts won 2-0 thanks to goals from Lee Brown (36′) and Nathan Blissett (40′).

Ahead of today’s match, we have done a Q&A with a Bristol Rovers supporter, so thank you to Jan for answering our questions!

If you would like to get involved with the conversation on 100% Imps, you can join our Bristol Rovers v Lincoln City Match Thread! We have also published a Lincoln City v Bristol Rovers Quiz, which can be found at the bottom of the article. Every page view helps raise money for Lincoln City Football Club!

How long have you supported Bristol Rovers?

Joey Barton, extremely passionate but too early to tell at this time having only recently been appointed. If relegated, I believe he is the right man to lead the challenge next season.

Zain Westbrooke. Luke Leahy. Both on their day can really lift the team performance but unfortunately, that isn’t consistently occurring so far this season.

Looking at the final few games I’d say as it presently stands.

Again, unfortunately, as it stands with us relegated.

It’s good to see how the club have managed to maintain the drive and passion since the fantastic FA Cup run they had a few seasons ago, and how the local community have got behind the club in its support, which is evident in the large increase in attendance since that FA Cup run compared to before it. Plus, my two daughters are Imps fans so this match should be quite interesting for the Father-Daughter relationship.

Formed in 1883 originally called The Black Arabs FC. Referred to as The Gas but our official nickname is The Pirates.

Jorge Grant, he knows where the back of the net is, it’s as simple as that.

What are your proudest and most embarrassing moments as a Bristol Rovers supporter?

Embarrassing. Relegation from the Football League in 2014. That’s enough about that.

It’s hard to say regarding this season due to the fact that I’ve not seen many games due to COVID-19, and I work abroad but from what I have seen and heard from my Rovers mates, I think Zane Westerbrooke still has a lot to offer.

Yes. They operate many activities that elsewhere will be managed by Rovers itself as a club. They aim to support Bristol Rovers, while also supporting the interests of its members. 50/50 half time draw, priority on all ticket matches, away game travel, access to supporters bar and annual news magazine.

Which was your favourite match involving Bristol Rovers?

2nd May 1990 as stated above. The only other that could come close is 13th December 1992 when I watched another local Derby against the other lot, where the result was Bristol Rovers 4-0 Bristol City.

Which was your least favourite match involving Bristol Rovers?

Losing away. Doncaster Rovers 5-1 Bristol Rovers. Freezing cold in driving rain at Donny’s old ground. Stood the full 90 minutes and was totally drenched after watching an inept and awful performance.

Do you have a Former Players Association at Bristol Rovers?

What is the best thing about Bristol?

Bristol has everything you could want. Fantastic city centre with excellent shopping with a huge choice of bars, restaurants and a very rich maritime history. Bristol is one of the UK’s biggest cities, which a lot of the UK population are unaware of. Bristol is a very cosmopolitan city which has something for everybody. It is well worth a weekend visit. And of course, it’s home to The Gas.

Have a go at our Lincoln City v Bristol Rovers Quiz below: