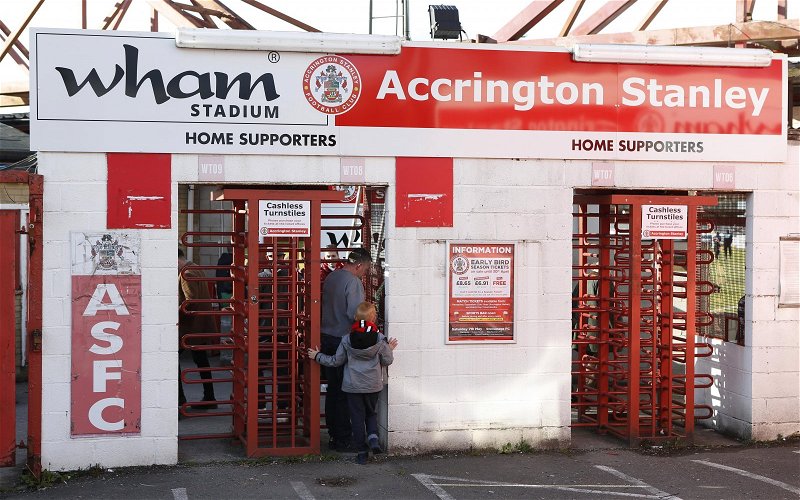 Ahead of Saturday’s game against Accrington Stanley, we take a look at the current form of both sides, Scotimp’s views from the Season Preview and past meetings between the two sides.

Last season was a strange one for Accrington Stanley. Despite finishing in the bottom half of League Two, they were only 5 points short of the playoffs in a tightly-packed table. A great run of 15 games unbeaten between February and April carried them from a relegation battle to a bid for promotion, and fans might have been forgiven for looking forward to 2017-18. However, there have been unexpected changes over the summer. The biggest loss is new Northern Ireland international Shay McCartan to Bradford, while three midfielders departed for Bangor City, of all clubs. Stanley stalwarts Terry Gornell and Romuald Boco have also gone, leaving manager John Coleman to carry out a major rebuild of his playing staff. On the positive side, the influential Sean McConville remains, and new signing Mekhi Leacock-McLeod from Billericay looks interesting. Their pre-season campaign may not have done them any favours with just five fixtures, four of which were against the significantly superior opposition. The main handicap for many clubs in southern Lancashire will always be the challenge of persuading locals not to travel to Manchester for their football, and the generation of revenue is far more difficult in as small a catchment area as Accrington. The club’s target of 1,000 season tickets has not been achieved, finishing at little over 800. Stanley had the lowest average attendance in the Football League last season, and attracting quality players with a severely limited budget means the experts habitually predict a season of struggle at the Wham Stadium. The squad does appear limited, but Coleman is a clever manager who repeatedly inspires Stanley to punch above their weight.