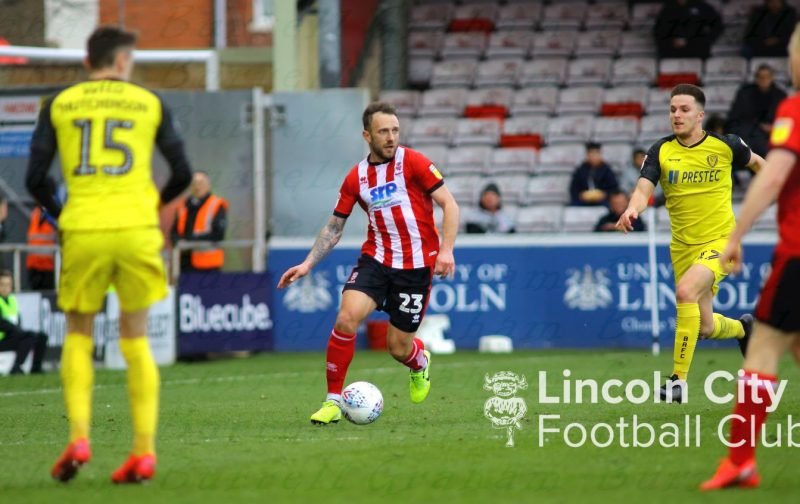 Views from sedgleyimp following Saturday’s 3-2 win at home against Burton Albion in League One: “Little bit too tense today but a most welcome 3 points which will help us get over that threat of relegation line. Credit to Hopper with his two goals and Vickers for that penalty save. Scully will be a massive attacking player for us. Causes the opposition so many problems.

I know that many still have a lingering doubt over whether we could get dragged back into the dogfight as we all lived through that surrender in 2010/11, but today showed the big difference in the team we have now to that one from almost a decade ago. The players want to play for this team and will give their all. With a couple of exceptions (Paul Green, Ashley Grimes up to a point) the 2010/11 team that folded gave the impression that they didn’t care. Today you’ve got players running themselves into the ground and throwing themselves at efforts by Burton putting themselves on the line.

Next week at Tranmere will be still a very big test. They have turned a little corner, but should we get a result there next Saturday it will all but mathematically shut the door on going down.

Even if we don’t get the win I still think there are other teams (Wimbledon, MK Bristol Rovers who have really fallen away of late ) who can be more concerned over a Tranmere revival than us.”

Croozey: “Feels great to get 3 points. Certainly not boring. Nice to see one of our own strikers getting a couple of goals. These games are all about next season of course, but a few good signs.”

Red Wimp: “Strange game really, thought Josh could have done better for the 1st goal and we were a bit all over the place. After we scored, then gained confidence and dominated for a short while until we gave another one away. Came back as we know and was a bit the opposite of Accrington. Sheehan played the Shackell role with giving away a penalty but didn’t do the own goal thankfully.
Vickers redeemed himself with a good penalty save and I don’t blame him for punching on occasion.

Other games we’ve played better and got nothing but you take 3 points when you can.”

Brendan Bradley: “I’ve been defending the “project” as I think it’s the right way to go, and I still think Appleton is a good choice to put it into practice, but as we won today (a lucky win as Burton were the better side) it’s a good time to bring some things up.

When he came in the manager, correctly I thought, said the team is too old, there’s not enough pace in it and there are too many loan players.

We’re still playing with three 30-somethings in the back four, the latest replacing another discarded one of those by choice. We lost our three quickest players in January, for understandable reasons, but quick players of that type have not been brought in. Today’s line up contained a three-man midfield which is entirely on loan to us. 5 or 6 of that 11 will probably not be at the club come June.

I’m quite prepared to say this season is an experiment to prepare for the next but where is the joined-up thinking?

It’s beginning to look like a jumble of tactics and line ups in the hope that something actually works. As a result of the John-Jules injury, he will probably now have to persist with Hopper and Scully which is a good thing. Hopper looked like a proper centre forward today and Scully is promising even if he is incredibly green.

We do have a number of new signings, though, who I hope respond well to coaching as I’m not convinced they’re going to be of L1 standard.

The most composed player in the team is obviously Bridcutt, he looks a division above everyone else in the side, and if he signs for next season it would be a scoop, but I don’t expect it.

I’ve never thought we would be anywhere near relegation and I’m usually pretty patient, but I’m starting to wonder what is being worked towards at the moment because there’s no real identity and some of our players are just not very comfortable on the ball. Possession is given away very cheaply far too often.”

"You've got players running themselves into the ground and throwing themselves at efforts."https://t.co/gcDmlSrvcX#ImpsAsOne #ProudToBeImps #BAFC