“You can’t expect to win all your home games, but you certainly expect much better than that.” 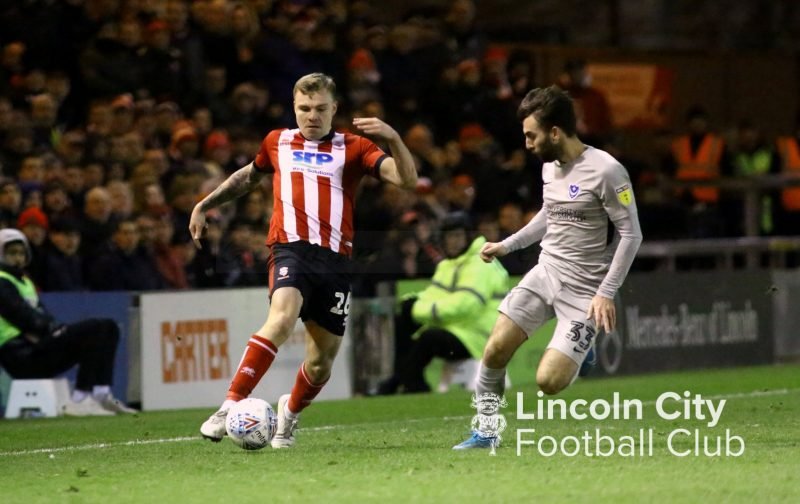 Views from Joseph Lovett following Tuesday night’s 2-0 defeat at home against Portsmouth in League One: “Well, that felt like two massive steps back tonight. You can’t expect to win all your home games, but you certainly expect much better than that. I could easily copy and paste my ramblings from half time.

Portsmouth deservedly won, but, really offered very little going forward. They were organised, physical and a well-drilled team. They won the majority of second balls. Against a better performance, we would have been battered.

Two more set-piece goals coming from a silly free-kick and playing out from the back. Extremely disappointing.

Tactics were poor today, we played very much into their hands; pass it to Bolger or Shackell they whack up top where John-Jules and Hopper have little chance of winning the header. The ball comes straight back at us. They win every second ball. Very much a thankless task being a Lincoln striker today. Painfully, we stuck at the tactic for the entirety of the match.

The few times we’ve had the ball at feet, the passing has been dreadful. Simple passes wayward. Movement off the ball was non-existent. I actually felt sorry for Bolger and Shackell at times because they had no options available. We needed Eardley and Melbourne to offer more going forward. In our previous games, we looked most dangerous on the wings, but we currently have no wingers.

90 minutes of football and we created one good chance and failed to make the keeper do anything during the entirety of the game. Too many basic errors. I understand we’re in a transition period, but I expect us to play better than that.”

Chesterimp: “The problem with trying to play a passing game, particularly at this level and with a number of young players, is there will be good days and bad.

Tonight the rhythm was off anyway, apart from one move in the second half when the tempo increased and the passes worked (and originated at the back) hardly anything else of any note happened.

Add to that Pompey’s game plan and experience, which never allowed us to establish a meaningful platform in midfield or wide and had any balls into the channels for breakfast, and we were second best against a side who were confident enough to contain and wait for opportunities which duly arrived.

But at times in recent games, we’ve pinged passes and created chances. The fear is that the loss of Toff’s raiding down the left and the physicality JA brought as an option may make us more one-dimensional. Tonight the first may have achieved something, though I suspect Raggs and Burgess wouldn’t have been much discomfited by Big John.”

StrangelyBrown: “I said after Saturday’s game that we would have more days like Saturday- perhaps I wasn’t expecting it quite as soon as tonight.

This team is building its way to next season- developing a style and method which suits them. Sometimes it is painful and sometimes it is excellent.

Don’t underestimate Pompey’s role in tonight- they have an experienced team which had won 6 on the bounce and knew how to control a game, slow it down or accelerate.

They set up (almost as we did on Saturday) to counter-attack and absorb our pressure and they did it very very well.

PortMacImp: “Waiting a little bit of time has taken the edge off the disappointment of today’s performance. We are a team in transition with a view to next season and it does take some time for new players to find their feet. We have also just played two teams that will be playing for the promotion places, so no easy task for us at the moment. Playing a club like Portsmouth in League 1 with a packed stadium is something to remind us of how far we have come in recent seasons.”

"You can't expect to win all your home games, but you certainly expect much better than that."https://t.co/U4Qg5ZC0AY#ImpsAsOne #ProudToBeImps #Pompey