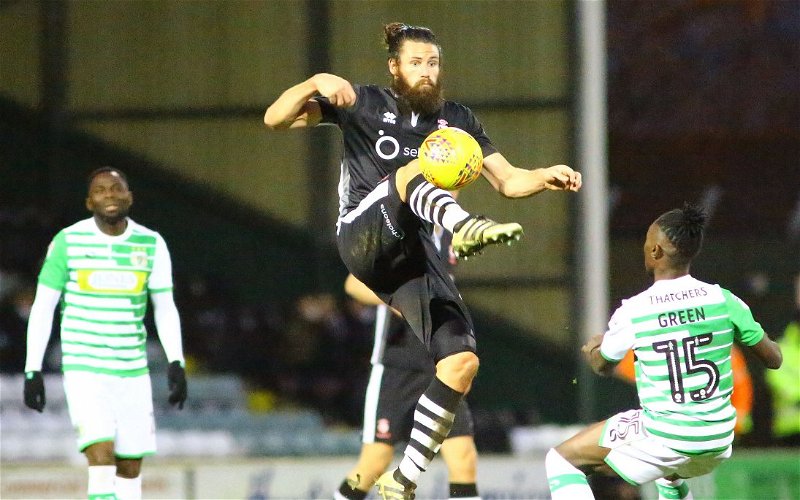 Ahead of today’s game against Yeovil Town, we take a look at the current form of both sides, Scotimp’s views from the Season Preview and past meetings between the two sides.

Yeovil Town suffered successive relegations from the Championship to League Two in 2014 and 2015, and have struggled at the foot of the League ever since. The safety margin was just 4 points last season despite an excellent first half which saw them occupy a play-off place in December. Relegation was finally averted with a 1-1 draw at home to Stevenage in the penultimate game, but the dismal run of only 3 wins from their last 27 games does not bode well for this season. Manager Darren Way has kept his job and will surely have to deliver more in his second full season in management. Former Bournemouth defender Stéphane Zubar, whose career was almost ended by a cruciate ligament injury, has been brought in from Weymouth in an attempt to add a bit of Premier League class to the defence. Defensive midfielder James Bailey from Carlisle should help shore up the midfield, but the exchange of players over the summer appears to be essentially like-for-like. Yeovil scored barely a goal a game last season, a problem which afflicted a surprising number of teams in League Two. Top scorer from the last two seasons François Zoko remains, but with the smallest squad in League Two at 18, it is hard to see anything more than another desperate fight for survival ahead. They need to find some goals from somewhere if they are to prevent this being th

eir fifteenth and final season as a Football League club.

Posted by Vital Lincoln City on Saturday, 5 May 2018