“With Sunderland, he has struggled to instil a winning mentality within our side.” 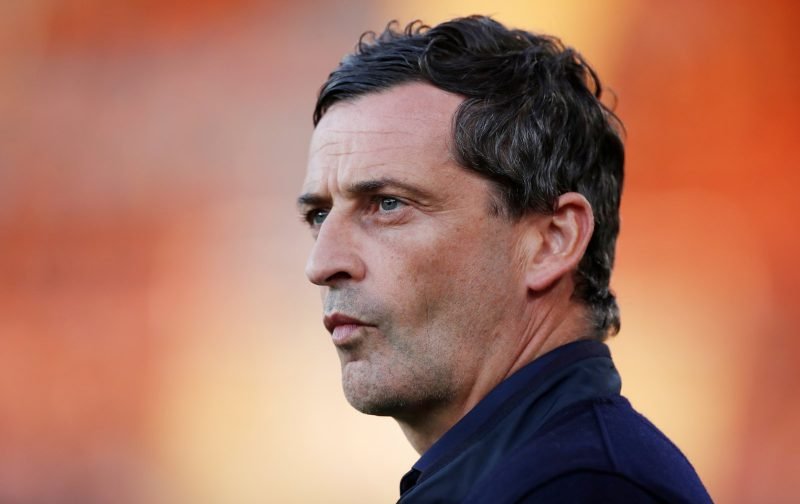 The last time The Imps hosted today’s opponents Sunderland was on Saturday, 2nd January 1999 in the Third Round of The FA Cup. The Black Cats won 1-0 that day, with Gavin McCann scoring in the 16th minute, in front of a crowd of 10,408.

The meeting prior to that was also a cup match. On that occasion, it was in the Second Round of the League Cup on Wednesday, 9th September 1970. The Imps won 2-1 that night.

Joe Baker at centre forward. Was born in Liverpool with an English father but grew up in Scotland and considered himself Scottish. Never shut up about not being allowed to play for Scotland, and had to play for England instead. The only wonder is why England bothered with him.”

Merthyr Imp: “Yes – Wednesday was the regular night for most clubs’ midweek games in those days, and there were a few games that kicked off at 7.15pm (instead of the usual 7.30) at the start of that season. It didn’t last long because people complained they couldn’t get to the ground in time – although it well suited those of us who had to get the last train back to Newark.

Derek Trevis got the first goal and Percy Freeman the second. It would have been 3-1 but Montgomery saved a penalty from Bill Taylor.”

Anyway, time for the Q&A! Thank you to Sunderland supporter Matthew Crichton from Roker Report for answering our questions!

I have supported Sunderland throughout my entire life, it was not a choice. I remember my Dad would always take me to matches and buy me strips at a very young age, I would never change who I support.

Jack Ross is still developing as a coach in English football, with Sunderland, he has struggled to instil a winning mentality within our side. We rarely lose games, but we also draw way too many, failure to deliver promotion this season will see him lose his job.

Who Are The League One Managers? No.21: Jack Ross (Sunderland)

Because of the depth of our squad on paper, I would expect the team to achieve automatic promotion. We have not had the best start to the season, but I am hoping we can go on a consecutive winning streak which will propel ourselves up the table.

If Aiden McGeady turns up we should win the game, his footwork and dribbling ability make him one of the most dangerous players in the league. Another player who I rate highly is Luke O’Nien, he adds superb energy to our attack alongside his excellent finishing ability. Since we have moved him back into his preferred midfield position, he has been brilliant.

Lincoln have enjoyed a remarkable few years under the Cowley brothers, winning the National League, EFL Trophy, League Two and making the FA Cup quarter-finals are all incredible achievements for a team not blessed with huge finance. Hopefully, now yourselves can remain in the EFL and develop as a football club long-term.

3-1 Sunderland win – we don’t keep clean sheets so both teams to score is a safe bet.

Kevin Phillips was the first Englishman to win the European Golden Shoe award when he scored 30 Premier League goals for Sunderland in the 1999-2000 season.

Tyler Walker. Sunderland were linked with the Nottingham Forest striker before we signed Marc McNulty. We severely lack raw pace going forward and Walker is electric, he would have been an effective signing for us.

Our most underrated player is Elliot Embleton. He impressed last season for England U20’s as well as whilst on loan at League Two Grimsby. He is injured currently, but I believe Embleton should have been handed more game time this season, he has brilliant potential.

We have a group called the Red and White army who have over 13,000 members. They are in regular discussion with the club’s hierarchy to raise debates regarding critical issues concerning Sunderland.

Our League Cup victory on penalties against Manchester United at Old Trafford in 2014. I was part of the crowd of 9000 Sunderland away fans, the atmosphere was mesmerizing, I will never forget the roar when Vito Mannone saved the winning penalty to send us to Wembley.

Newcastle 5-1 Sunderland. Kevin Nolan hattrick. Just painful to watch and speak about even to this day.

What’s the best thing about Sunderland?

The people. The Sunderland Till I Die documentary shows how passionate our community is about the club. People from Sunderland just want to watch players they can be proud about, players who want to be here and are thrilled to be wearing the shirt.

Are you up for another series on Netflix?

I thoroughly enjoyed the series even though it was painful to see people like Jack Rodwell refusing to play when fully fit and earning £80,000 a week! I think it was very interesting to see the behind the scenes features and the day to day operations at the football club. The worst part about another series will be that the season ended in failure, I would of much rather watched a league triumph.

"With Sunderland, he has struggled to instil a winning mentality within our side."https://t.co/xVSxAuQIPV#ImpsAsOne #SAFC #Sunderland